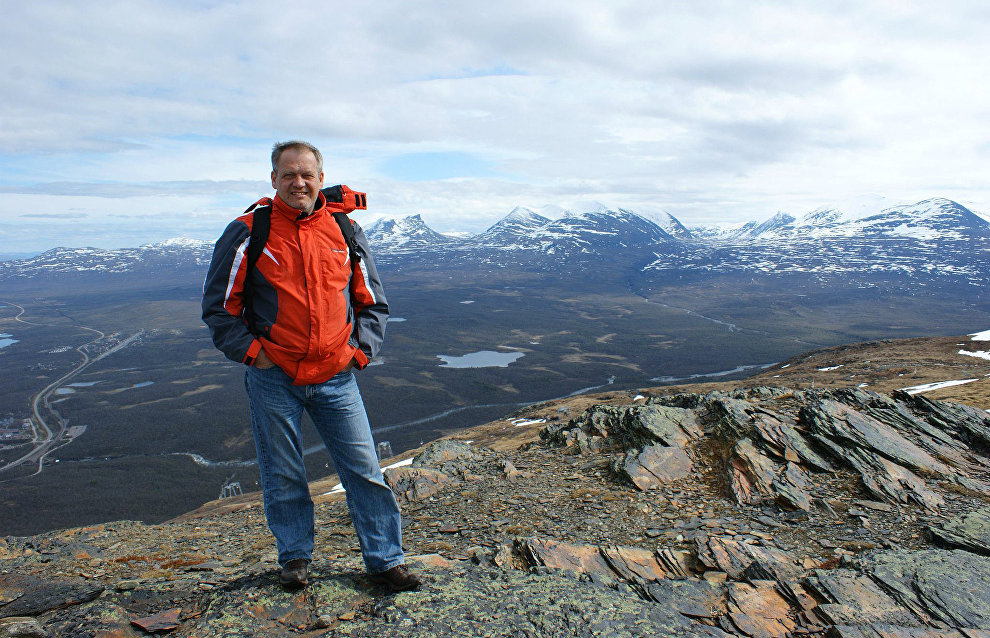 Sergei Kirpotin: Siberia is not just ice and bears, but a mega structure

Project SecNet was launched in November in Russia to deploy a network of meteorological stations to monitor environment in Siberia. Arctic.ru got the details on the project from Sergei Kirpotin, PhD in Biology, Professor at Tomsk State University, Director of BioClimLand (Biota, Climate, Landscapes) Research Center, who met with us on the sidelines of Arctic: Today and the Future international forum.

All projects are interrelated, even if indirectly. SecNet stands for Siberian environmental change network. This project didn't come out of nowhere. It was based on the Trans-Siberian Scientific Way (TSSW), an interdisciplinary research center that opened in Tomsk State University in 2015. The name of the project is symbolic, since it is reminiscent of the Trans-Siberian Railway, the longest railway in the world. Just as the Trans-Siberian Railway linked Siberian regions, when we launched TSSW we wanted our research to be guided by uniform methodology, approaches and principles. This is important, since Russian and foreign researchers are working in Siberia, and some of them are doing research at the highest level, but all these efforts are disparate and lack coordination. There is no single research program, so the data we receive are not comparable and are of little use to the international academic community. This is a fundamental issue. This is how the concept of Siberia as a unique natural mega structure emerged.

Siberia is a mega structure? Could you explain this?

You see, there is a notion of "mega science," which mostly has to do with physics. It consists of creating large-scale devices called mega installations that are so complex, expensive and can serve so many purposes, that no single country can afford its construction or conducting research on it. Many countries come together, research consortiums are established, and the whole of mega science revolves around these mega installations. The Large Hadron Collider on Switzerland's border with France is the most famous man-made mega installation.

Siberia is a region of global significance. It is a mega system that determines to a large extent the climate on the planet and has a decisive impact on global processes. For example, what will happen in Bangladesh, whether the country will be flooded or not, depends to a large extent on Siberia.

It is in Siberia that forms the climate, it is there that the Atlantic and the Mongolian Anticyclone interact. The climate system has been disturbed, huge streams of air masses are changing and nobody can tell the results. This makes Southeast Asian nations, who are so far from the Arctic and Siberia, eager to study the Siberian climate, since the Asian Anticyclone affects their regional climate.

In order to operate in Siberia as if it was a mega structure, we must create the necessary infrastructure, provide logistics and develop uniform approaches. Apart from SecNet that was launched this year, we also rely on the megatransects concept. You see, it is impossible to study this immense territory as a single whole. People working and living in Siberia do not understand the scale they are dealing with. Let me give you an example: researchers from France came to our conference and we decided to show them Lake Teletskoye. On the way there a professor who could read Cyrillic just enough to read a sign "Irkutsk — 1,750km" asked what it meant. I told him that 1,750 kilometers was the distance to the closest major city. The professor was stunned. They are not very well versed in geography. He then asked me whether Russian territory ends there. I said that it does not even go to the middle of Russia. He was perplexed. "Siberia is not just a region, it is a whole universe," he said. After that I came to believe that many Siberian projects are not just global but universal in scale.

We established two megatransects in this universe, which has never been done anywhere in the world on such a vast territory. There is a longitudinal megatransect of Western Siberia from the Altai uplands close to the Mongolian border all the way to the Arctic. It has been operating for three years now. Along this transect we regularly collect data, even in the winter, which has not been done until recently. It runs for about 3,000 kilometers. The second, latitudinal, megatransect is currently being created.

SecNet was launched two weeks ago in Tomsk, and quickly became an international project. We enrolled Terence Callaghan, a 2007 Nobel Peace Prize winner and creator of the INTERACT network as a consultant for the project, and he invited experts from eight countries (Great Britain, Norway, Sweden, France, Russia, the US, Canada and China) to join it.

And how did China, an absolutely non-Arctic country, make it into the list?

This summer, we ran an international geological school for Chinese scientists at the Aktru research station. When they learned about our megatransect project, they immediately wanted to take part in it and suggested extending it toward southern China via Mongolia. Our rector recently visited Laos, and his hosts also suggested establishing a station there.

Moreover,Terry Callaghan invited David Hik, an outstanding researcher from the University of Alberta, Canada, who is trying to establish the same megatransect in the United States, from Mexico toward the extreme North. I would like to say that Russia has outstripped them by at least three years in creating these megatransects. So they will use our experience, recommendations and ideology and to follow in our footsteps.

We would have a super-megatransect if it becomes possible to merge both megatransects, from Mexico via the North Pole, Siberia, Mongolia, China and Laos…

This calls for well-coordinated using common standards and involving even more countries.

Yes, by the way, everyone wishing to take part in the project has agreed to work on the Siberian network. I would like to note that every station of our network has its own area and specifics, and we don't want to change this. We want to create a standard set of indicators and parameters that would be identical for all stations. In that case, we will be able to obtain comparable data on the state of the environment.

Apart from research stations, we could use nature conservation territories that have their own offices at cordons, sanctuaries and nature reserves. They are now using their own specialized and understandable software programs, but it would be possible to considerably expand the network if we install unsophisticated automatic equipment, including loggers and meteorological complexes, if we expand the authority of nature reserve staff and if we involve them in our joint work.

And how will you coordinate this work?

Research teams in Russia's Yakutia and Krasnoyarsk Territory, as well as foreign teams, are now joining us. Tomsk University will serve as a flagship process organizer because we need only one brain center.

So you said that Siberia itself is one mega structure. There are two megstransects, vertical and horizontal, transcending its borders and SecNet. How do megatransects and the network cooperate?

These projects are different. The network's stations function separately in Siberia, and megatransects consist of station chains making it possible to assess developments from the north to the south and from the west to the east. Transects are like a network's skeleton to which the flesh is attached. This is an excellent metaphor, which I just now came up with, actually.

We expect this consortium to expand.

What research do you conduct at these stations?

We conduct different kinds of research, including climate, biogeochemical, hydrological, as well as seismic research at some stations. We will continue and coordinate the range of parameters. Professor Callaghan has formulated the general idea, calling it the 4M Approach: monitoring, manipulations, modelling and management. These are the basic concepts.

Who finances all this?

This is a tricky question. So far, Tomsk University has financed all projects. Professor Callaghan has won a British government grant, with UK scientists visiting us under this grant. We have submitted a request to the Ministry of Education and Science as a leading university of the 5/100 project (a state program for supporting major Russian universities — Ed.). At best, we can hope to receive up to 500 million rubles.

Will this sum be enough to set up the network?

There is never enough money. We don't plan to open new stations. Researchers are supposed to join our programs and work with us, and not just under their own projects. All voluntary projects lacking resources would quickly go under. So it would be great if we received this resource from the government.

Do other countries invest in the project?

Yes, they do, in order to pay for their experts' participation in various meetings. But this is not enough to create an infrastructure.

SecNet is a very complicated and ambitious project. We wish your team every success!

Thank you! By the way, our center also aims to create a positive image of Siberia abroad. Everyone now thinks that Siberia is all about subzero temperatures, natural resources, snow, ice and the GULAG. People view Siberia as some kind of a frozen kingdom, with bears roaming local streets. In reality, Siberia is a very dynamic system influencing global processes. We aren't just conducting fundamental research, our main task is to improve people's quality of life in Siberia and elsewhere.