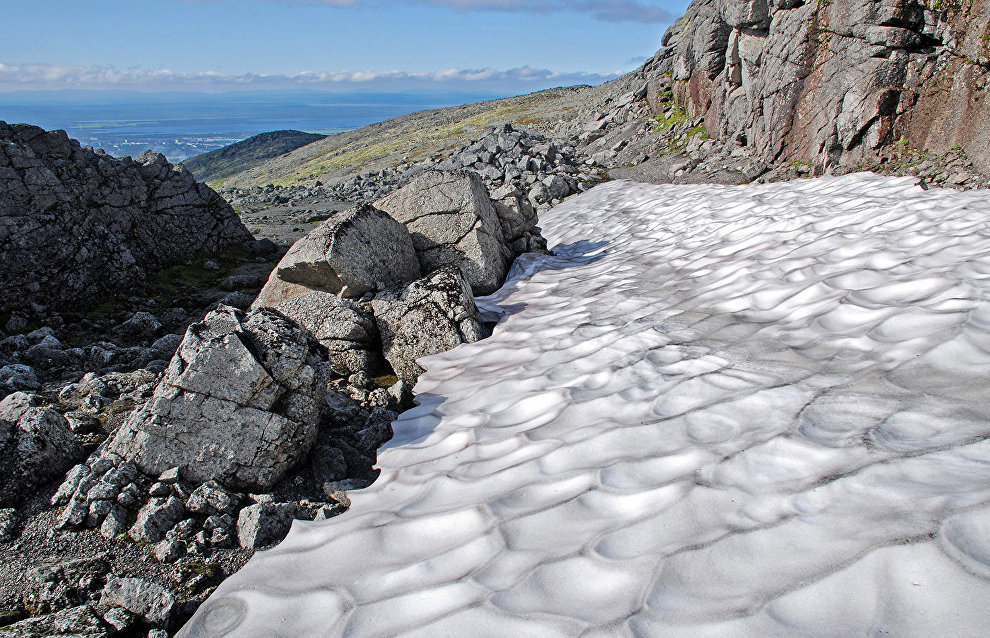 Researchers worried by rain-on-snow impact in the Arctic

Researchers at the National Snow and Ice Data Center (NSIDC) in Boulder, Colorado, and their colleagues at Alaska Pacific University and the University of Lapland have launched a five year project, the Arctic Rain on Snow Study (AROSS).

NSIDC Director Mark Serreze, the project's principal investigator, said global climate change in the Arctic such as disappearing sea ice and ice thinning, the appearance of new bacteria and the starvation of reindeer are major challenges that the international community must address as a priority.

"You have an existing snow cover in the Arctic, and then it rains or it can be a freezing rain event, where when it gets cold again, there's a hard, icy crust," Serreze said. "These are having severe impacts on livelihoods in the north and the ecology in the north," Serreze said, with reindeer left unable to forage, and the native populations that depend on those animals for their livelihoods directly affected in turn.

The scientists are trying to understand these rain onr snow events, where they are, how frequent they are, is the frequency really changing, and are they becoming more severe. They are also seeking to forecast the consequences of this, the scientist said. "The idea here is that we can detect these events and understand them from satellite remote sensing. We're trying to put together a local observing network," Serreze said, "where we have local observers telling us when we have one of these events, here's what happened, these are the impacts on my reindeer."

Additionally, they will gather data culled from past records and people's historical recollections of such events.

"AROSS serves to further our efforts to make truly circumpolar (i.e. global) research involving local practitioners more mainstream at a time when our models are at risk of not capturing enough ‘reality'," said Bruce Forbes, a research professor at the University of Lapland who has carried out decades of work on the subject of rapid land use and climate change in Alaska, the Canadian high Arctic, various regions of northern Russia and northernmost Fennoscandia.

"What is happening now in the Arctic with people and the animals they depend on gives us a taste of what we might expect in more populated temperate regions further south in the very near future," Forbes pointed out. "The indigenous peoples we work with are all ‘living' with rapid climate change and extreme weather now, in ways that we hope the bulk of humanity can avoid via more concerted action in the here and now to mitigate against the worst effects of climate warming."

He noted that the indigenous peoples had been until quite recently excluded from participation in planning, implementing and interpreting scientific projects/data.

Forbes added that warming in the Arctic is "happening much faster than even the most pessimistic models" that were projected in the Fifth Assessment of the Intergovernmental Panel on Climate Change of 2014, "much less the Arctic Climate Impact Assessment of 2004-2005, which is now like ancient history."