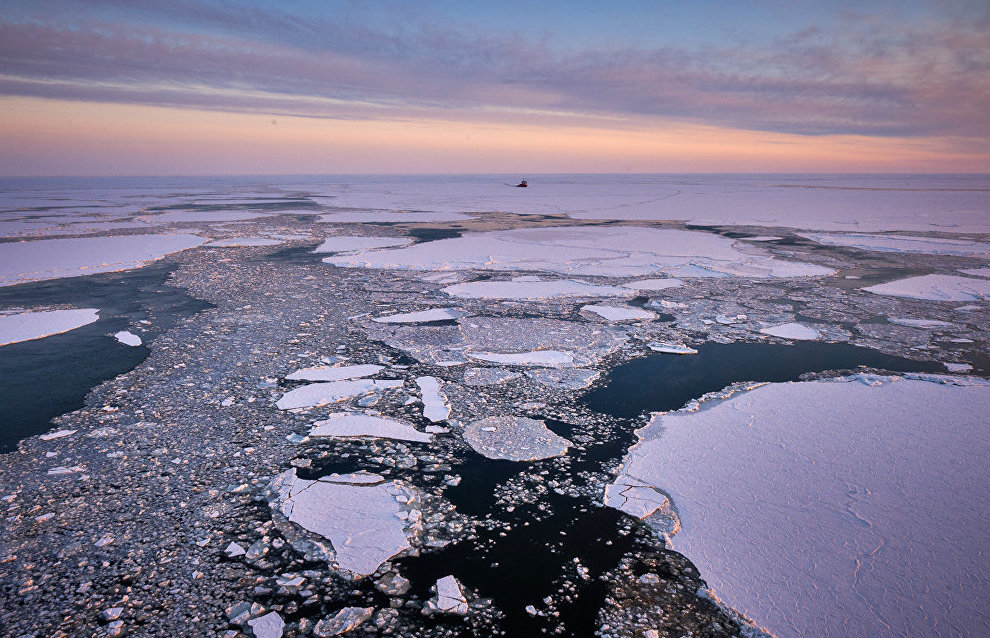 Studying giant craters on the Barents Sea bottom to be continued

A group of Norwegian scientists continues to research a system of rifts located under giant methane craters deep underwater in the Barents Sea.

The first description of the hundreds of massive craters up to a kilometer wide and 35 meters deep was made in 2017. In the latest research, more than 600 gas flares were discovered around these craters and inside them. They are constantly emitting greenhouse gases into the water. The scientists also mapped several methane beds about 500 meters wide, which probably indicate an impending large methane emission and the appearance of new craters.

In addition, detailed research of the geological structures under the craters was carried out using the newest 3D seismic technology that makes it possible to visualize the structure of deep-seated hard rocks.

"It turns out this area has a very old fault system — essentially cracks in bedrock that likely formed 250 million years ago," says Malin Waage, Post-Doctoral Fellow at Gas Hydrate and Free Gas Reservoirs group (CAGE) and a co-author of the research.

The rifts were filled with gas hydrates, which are a solid form of methane that is stable in cold temperatures and under pressure. As the ocean warmed up and the Arctic ice cap began to melt, about 20,000 years ago the methane ice gradually began to turn from a solid state into a gas. The pressure under the seafloor grew, which resulted in gas emissions, or explosions, and thus the craters were formed.

Among other questions, scientists want to find out if these emissions can be related to human activity in the Arctic, such as drilling, or whether the gas can reach the atmosphere if the emissions are strong enough, hence increasing greenhouse gases.

"Our survey covered approximately 20 percent of the entire crater area. We believe that it is important to understand if similar fault systems exist in the larger context of the Barents Sea because they potentially could pose a threat to marine operations. There is still very much that we don't know about this system. But we are currently collecting and analyzing new data in the Barents Sea, dominated by similar crater structures," Malin Waage noted.