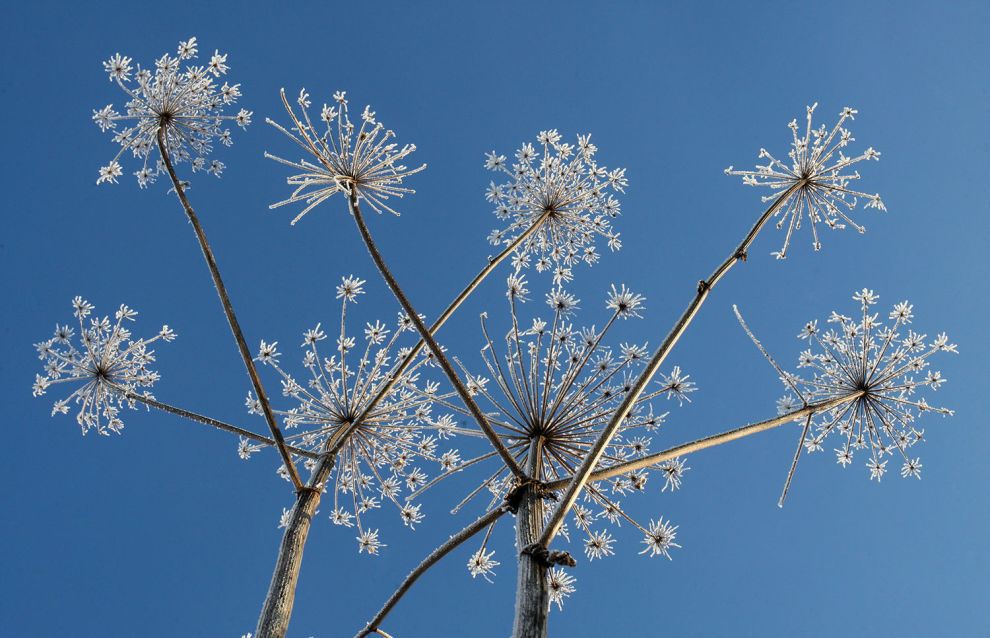 Hogweed has penetrated into the Arctic area of the Yamal-Nenets Autonomous Area. According to the Arctic research center, it may harm the traditional farming of the small indigenous peoples of the North. This conclusion was established this year after experts conducted environmental inspections in some parts of the area past year.

“ Sosnowsky's hogweed seeds, that produce a dangerous plant, have been imported into Yamal. It has spread already reaching the latitude of Mys Kamenny and Seyakha, which may inflict serious harm on the traditional farming of the small indigenous peoples of the North in the future,” noted the experts.

PhD in Geography Roman Kolesnikov says that the strangling of traditional flora by such weeds that grow absolutely everywhere can bring about “critical changes in the ecological systems of the Arctic and Subarctic.” The scientist assumes that the hogweed seeds were imported to the remote Yamal areas via machinery.

The Arctic Research Center plans to evaluate the immunity of the landscape in the area to climate change, identify unfavorable trends and forecast the environmental situation in the region this year. After that they will work out specific measures that will have to be taken.

Sosnowsky's hogweed is a weed belonging to the Apiaceae family. Some weeds in this family are dangerous to people's health as well because they contain substances that cause photochemical burns and the fact that they spread, experts say, is dangerous for the ecology because it depletes the local floristic composition. The Russian regions put aside considerable budgetary funds to get rid of hogweed. It’s either mechanical mowing or applying certain sorts of weed killer (chemical cultivation).