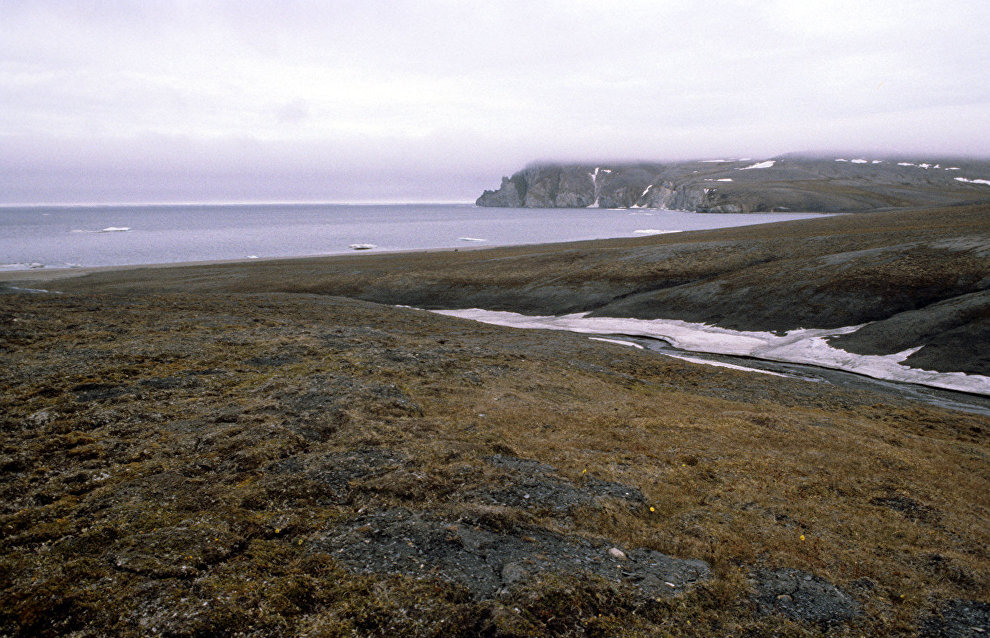 The scientists spent three months at the Wrangel Island Nature Reserve. During that time they collected a large amount of data on the changes in plant life and characteristics of soil, permafrost and water bodies. The experts explored the snow cover and fast ice on the sea with quadcopters. They also installed special sensors in the main observation areas which will record changes in temperature throughout the year.

The collected data are still being analyzed but some facts show directly that climatic change has resulted in changes in the look of the Arctic region. Thus, new plant species unusual for this climatic zone are evident on the island now. For example, the scientists discovered butterbur thickets of considerable area and thickness, up to half a kilometer in area. This plant had never been found on the island before.

Scientists believe that the main reason for the change is solifluction (runoff of soil saturated with water on the frozen surface of ice-cemented slopes — editor's note) and soil heaving (terrain changes caused by the freezing of rocky earth which increases their volume due to ice formation — editor's note), which gradually changes the structure of soil layers developed over many years and completely changes the vegetation cover.

According to the Director of the Wrangel Island Nature Reserve,
Alexander Gruzdev, the singularity of the island is in the fact that it is the northernmost outpost in the east of the continent and is under the influence of both Arctic and continental air masses, so the influence of climate change on ecosystems is easy to see here.