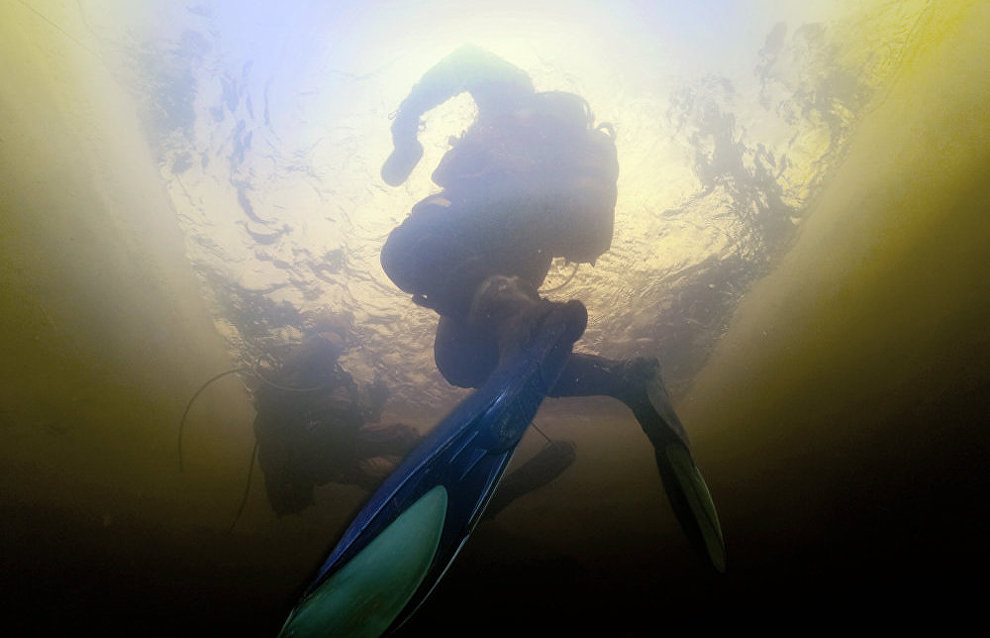 The Russian Geographical Society's research diving team plans to make the deepest ice dive ever to a depth of 100 metres in the White Sea.

"The expedition in the White Sea will last from February 29 to March 7. The divers plan to reach a depth of 100 meters, which will be the deepest ice dive ever. This is part of the 13 Seas of Russia large-scale project and a key preparation stage for an expedition to the Arctic Region," the RIA Novosti news agency reported, citing the Russian Geographical Society's branch in Tatarstan.

The divers will test Russian underwater equipment at record depths under the ice. In addition, the team members intend to practice basic safe ice-diving methods for the Confederation Mondiale des Activites Subaquatiques and underwater work methods in the Arctic latitudes. It is also planned to hold underwater investigations together with Moscow University's White Sea Biological Station.

Ten people will take part in the expedition. They are the key staff of the diving team led by Dmitry Shiller. In addition to researchers from Tatarstan, the other participants will be divers Alexander Gubin (Cherepovets) and AlexeiPoleshchyuk (Murmansk) and member of Jacques-Yves Cousteau's team, member of the Confederation Mondiale  des Activites Subaquatiques Bojana Ostojic, who will act as an international observer.