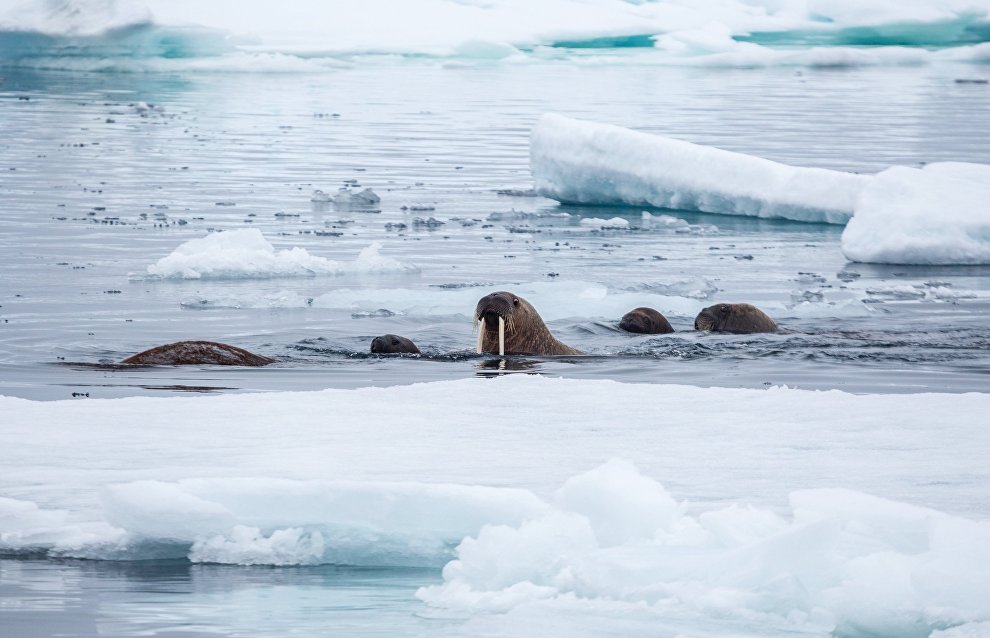 We cannot forecast climate change without data from the Arctic, scientists say

This was a statement by Prof. Roland Neuber, Principal Investigator at the Arctic Research Base of the Alfred-Wegener-Institute (AWI), Helmholtz Center for Polar and Marine Research (Germany). Roland Neuber has been studying the Arctic climate for over 25 years. He will present his report on the AWI's work in this area at Arctic Science Summit Week currently being held in Archangelsk under the International Arctic Science Committee (IASC).

According to Neuber, new AWI research has confirmed the rapid melting of sea ice in the Arctic. No other region on the Earth is getting warmer so fast. One could say this is the ground zero of global warming.

"In recent years the average air temperature in the Arctic has been increasing twice as fast as in Europe, especially in the winter, though in the summer these changes are not so obvious," said Neuber. "For instance, there is almost no snow or ice near our research base in Ny-Ålesund (Norway). So the earth surface uncovered by snow is increasing. The surface reflectance in this area is much lower, which affects the volume of evaporation, and it influences the number and type of clouds formed in the Arctic, plus the precipitation and so forth. This is a ripple effect."

Neuber believes it's important to understand what these developments can lead to and how they will influence the climate. However, this region has been poorly explored so far, especially the Central Arctic.

AWI researchers report that currently only 20 percent of sea ice formed in the shelf seas of the Arctic Ocean actually reach the Central Arctic, and it moves there in a so called transpolar drift. Meanwhile, 80 percent of the freshwater ice melts before it leaves the ocean. According to monitoring data this parameter was 50 percent before 2000.

The Multidisciplinary drifting Observatory for the Study of the Arctic Climate (MOSAiC) will begin operations on the German research icebreaker Polarstern in September 2019. It will be the first year-round expedition to the Central Arctic with a budget exceeding €120 million. The project involves leading polar research institutes that are under IASC auspices, including the Russian Arctic and Antarctic Research Institute, the University of Colorado and the Cooperative Institute for Research in Environmental Sciences (CIRES). In total, about 600 people from 17 countries will be involved. The mission is headed by the Alfred Wegener Institute, Helmholtz Centre for Polar and Marine Research.

The results obtained by MOSAiC will help scientists forecast the regional and global consequences of Arctic climate change and sea ice loss and improve weather forecasting. The researchers will spend the winter in the Arctic. They will set up a camp on the ice and connect it to a network of measuring stations. An international fleet of icebreakers, helicopters and planes will escort the expedition along this extreme route. Scientists say that cooperative efforts can only bring success.

"Our institute has its own research base. We carry out comprehensive atmospheric studies, explore sea currents and monitor climate change," Neuber says. "Here in Archangelsk I delivered a report on our work. These summit meetings are of great importance for scientists. They give us the opportunity to exchange results and, mainly, to compare our data with the conclusions of our colleagues, who do this work in other Arctic regions. For example, we work with the French, Norwegians, Koreans, Chinese and British on the Svalbard (Spitzbergen) archipelago. Researches from the Arctic and Antarctic Research Institute (AARI, St. Petersburg) are working nearby in Barentsburg. Together, we study changes in the permafrost and atmospheric humidity, exchange data and reach conclusions based on this research. But, to get the whole picture we need to know what is going on in the other areas of the Polar Ocean."