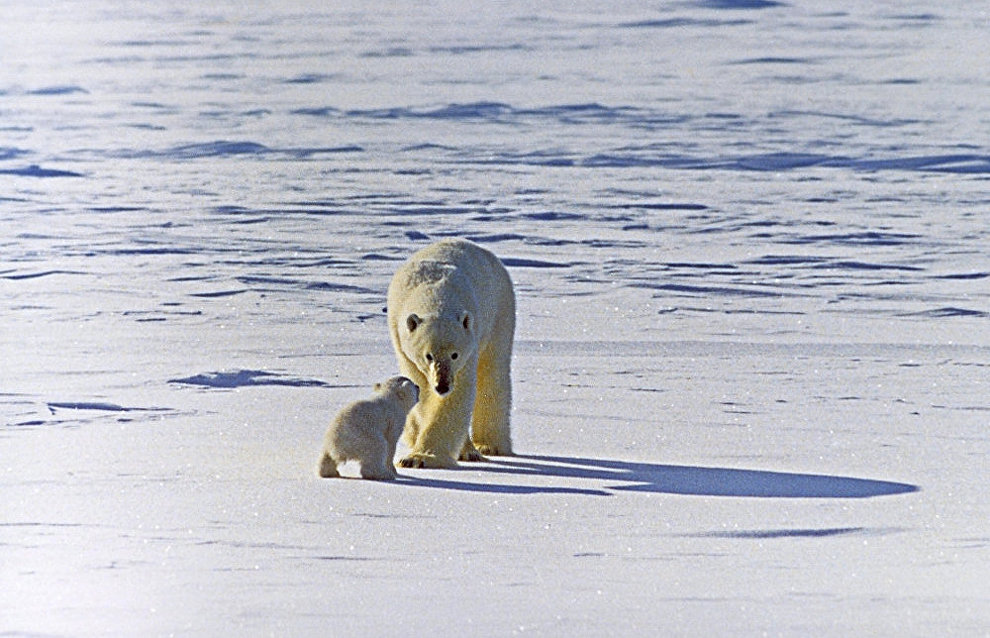 Eight dens, 14 adult polar bears and 11 cubs were found as part of the annual polar bear survey in the Nizhnekolymsky District of Yakutia. Over the course of the week, monitoring activities were carried out on the coast of the East Siberian Sea in the Bear Islands Nature Sanctuary and the Kurdigino-Krestovaya Resource Reserve under the WWF Russia Polar Bear Patrol project.

According to Ruslan Sleptsov, chief ranger of the Directorate of Bioresources, Specially Protected Natural Areas and Nature Parks, all the animals appeared well-nourished and did not pose a serious threat to people.

"We saw five bears on Chetyryokhstolbovoi Island in the continental part of the Kurdigino-Krestovaya reserve, including one big male and a female with two cubs. There was one average-sized bear on Krestovsky Island. On our return from the islands, we also saw the fresh paw prints of the average-sized bear ahead of us," the ranger said.

Ruslan Sleptsov noted that this year the monitoring was postponed due to persistent bad weather. The patrol had to work during strong wind with snow. There were unsurpassable packs of ice, and open water could be seen 30-35 km north of the islands.

The research on the polar bears in the Nizhnekolymsky District will continue in the next few days with the launch of an expedition from the Institute for Biological Problems of Cryolithozone of the Siberian Branch of the Russian Academy of Sciences. The Ministry of Natural Resources and Environment earlier reported that a four-year-long research program to count polar bears in the Russian Arctic got underway in 2020. The program will allow researchers to estimate the entire population and its range for the first time in Russia.