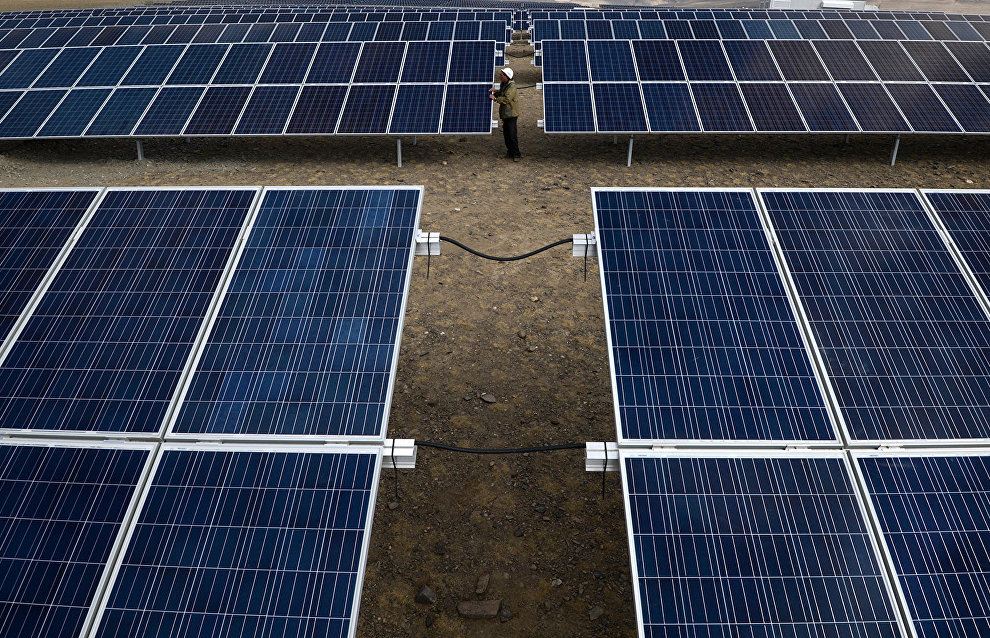 The Omega field base in Russian Arctic National Park is transitioning to its summer operation mode. "The station's daily living from May to October will be supported by solar panels," said Alexander Kirilov, head of the national park.

The first solar panels were installed in Russian Arctic National Park on Cape Zhelaniya (Novaya Zemlya archipelago) in 2013, as part of the joint pilot project of the Lomonosov Northern (Arctic) Federal University, the national park and the Russian Satellite Communications Company.

To date, the park has independently switched three stations to alternative energy sources during the summer time. All in all, the protected area has 132 working solar panels. They are located on building roofs, which protects the costly equipment from curious polar bears.

"It is the solar panels that supply the most energy for Arctic explorers. During the summer, we save up to 2.5-3 metric tons of fuel by using alternative sources of energy," underscored Alexander Kirilov. The energy from the solar panels is enough to power all household appliances, even the boiler and the washing machine.

He also said that the park experimented with wind energy, but modern wind turbines cannot withstand strong gusts of wind and break down when the wind speed reaches 20-25 m/s. Meanwhile, solar panels have proven very dependable and consistent. One more important advantage of green energy is that it does not release harmful emissions into the air.

According to the plans, the Omega base will switch over to eco-friendly energy sources all year round and will not use diesel fuel even during the dark winter months.