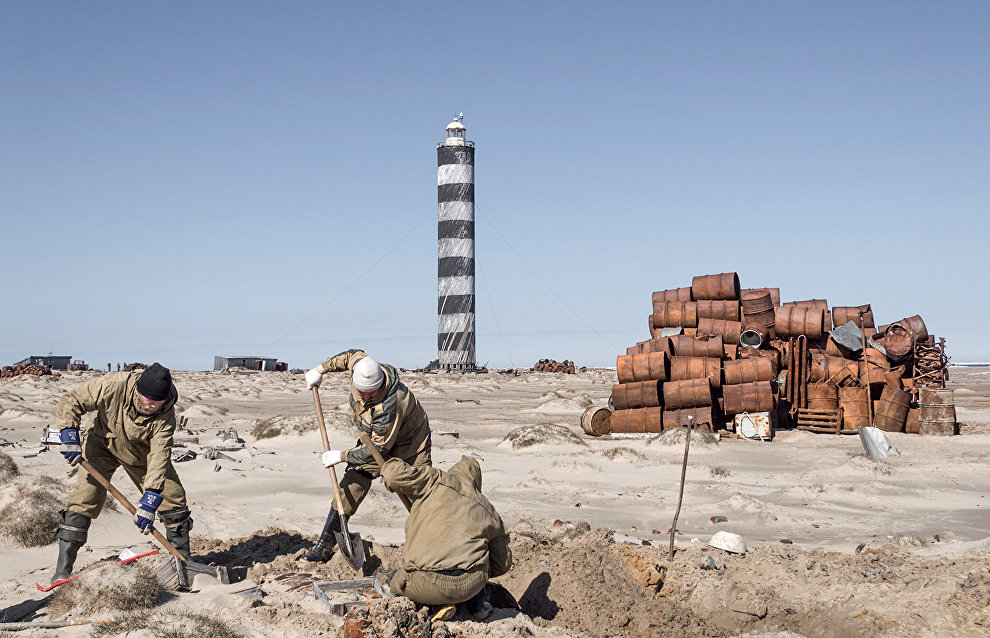 The inter-regional public eco-sociological organization Green Arctic has completed a volunteer-training program at the Ecological Academy.

In all, 116 people, including 59 young men and 57 young women from 38 Russian cities and eight from elsewhere, completed their training. Of this number, 49 volunteers from 20 Russian regions, Kazakhstan, Kyrgyzstan, Poland, Israel, Bulgaria and Armenia, were selected for an expedition to Vilkitsky Island.

"For a number of reasons, young women will be unable to join the expedition to Vilkitsky Island, and they are notified about this prior to their training. Nevertheless, we are planning to involve them in other district-level events. In late summer, we will invite them to an ecological practical forum called Polar Earth in the village of Seyakha in the Yamal District," Yevgeny Rozhkovsky, a Green arctic project manager, said.

The total exact number of volunteers and their lineup, as well as specific expedition deadlines, will be determined at a later date, depending on the development of the nationwide and Yamal epidemiological situation.