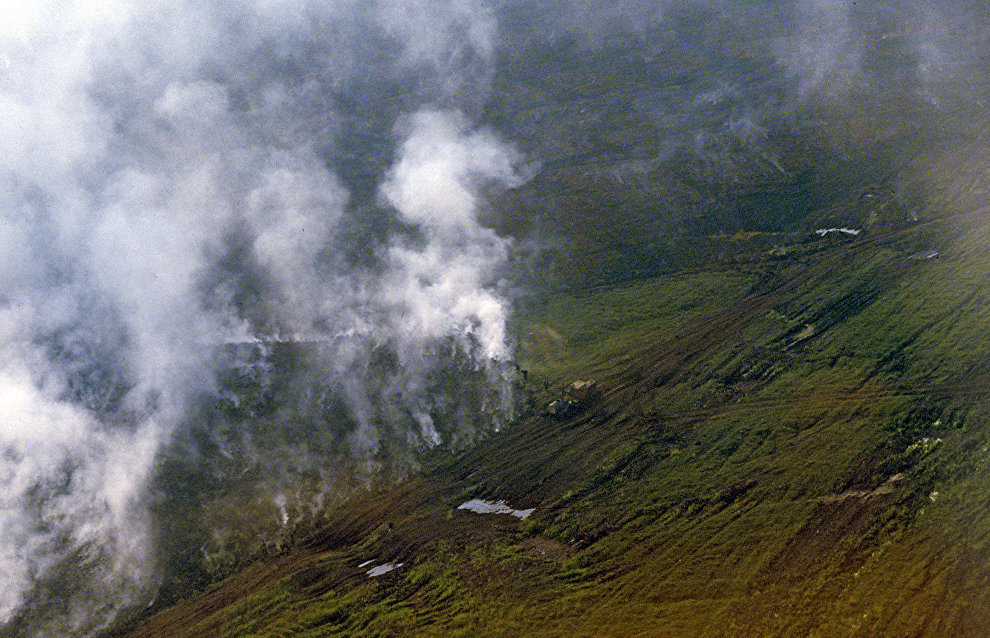 Arctic fires emit about 59 million tons of СО2 into atmosphere

About 59 million tons of CO2 was emitted in June into the atmosphere following the 2020 fires in the Arctic, which is higher than the annual gas emissions in Norway, according to a report of the European Center for Medium-Range Weather Forecasts.

Experts from the center also note that such scale and intensity of the Arctic fires raise concerns because large emissions of carbon dioxide result in global warming and speed up the thawing of permafrost.

"An increase in temperatures and drier ground create the perfect conditions for long-lasting fires on such a large area," explains a representative from the European Center for Medium-Range Weather Forecasts.

Experts also point out that the surface temperature in the Arctic is growing at least twice as fast as the average on the planet.