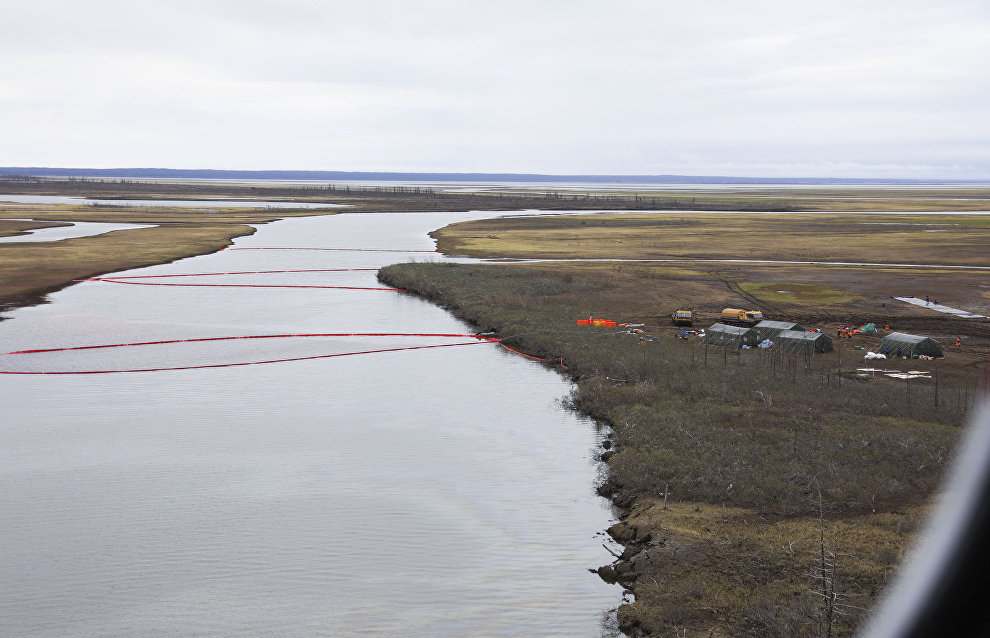 Norilsk Nickel does not agree with the assessment of environmental damage caused by the diesel fuel spill at Thermal Power Plant No. 3 in Norilsk. Earlier, the Federal Service for Supervision of Natural Resources estimated the damage to the water bodies there at 147,046,000,000 rubles and to soil at 738,617,000 rubles.

In the company's opinion, the estimates made by the service's Yenisei interregional branch "are based on principles that led to distorted damage estimates and thus should be adjusted." Meanwhile, Norilsk Nickel does not shirk its obligation to clean up the effects of the accident at its own expense and compensate for the environmental damage.

"In particular, this calculation uses the maximum coefficient of 5, which reflects the duration that pollutants have a negative impact on a water body assuming that no measures are taken to eliminate the impact (the so-called Kdl coefficient or duration coefficient). Meanwhile, according to the prevailing legal practice, such a coefficient, due to being punitive in nature, is applied only in cases when no efforts have been undertaken at all or no efforts have been undertaken over a long period of time to clean up pollution. Taking into account the company's immediate response to clean up the diesel spill, applying the maximum coefficient was not justified," a statement on the company's site reads.

The company argues that the diesel fuel that seeped into the water bodies is not a soluble pollutant which cannot be collected from the water's surface.

Neither, from the viewpoint of Norilsk Nickel, did they determine correctly the mass of the oil products that leaked into the water bodies. The calculations were done prior to the completion of the collection works in the accident area.

In addition, the company is determined not only to clean up the effects but also to restore completely the ecosystem in the accident area by working together with the Federal Service for Supervision of Natural Resources and other government agencies and authorities.