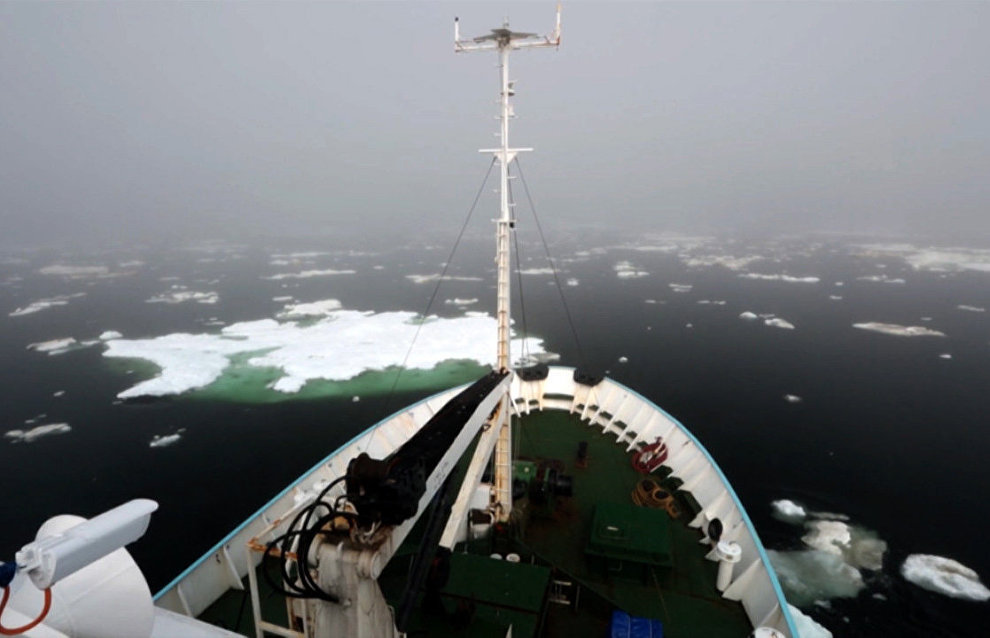 On June 10, the scientific research ship Mikhail Somov, affiliated with the Federal Service for Hydrometeorology and Environmental Monitoring, will set sail for the northern tip of the Novaya Zemlya Archipelago. Its specialists will study pollution levels of the northern seas.

“Expedition members will study the transfer of pollutants in the Arctic Ocean’s seas and will also monitor the state of the environment,” the press service of the Arkhangelsk Region’s Government said.

Yelena Kudryashova, Rector of the Northern (Arctic) Federal University, spoke about the new expedition at the St. Petersburg International Economic Forum’s session that focused on floating universities, the foundation of the future science and industry development in the world’s oceans.

“Our floating university prioritizes the Arctic, and our students sail the White, Barents and Kara seas and study islands of the Franz Josef Land and Novaya Zemlya archipelagos,” she pointed out.

The Arctic Floating University has been operating since 2012, and over 600 students, as well as well-known Russian and foreign researchers, have taken part in 12 expeditions. An educational program involving prominent scientists is taking place on the ship. Members of the expeditions collect unique scientific materials about the Arctic’s animal and plant kingdoms as well as the regional environment as a whole.