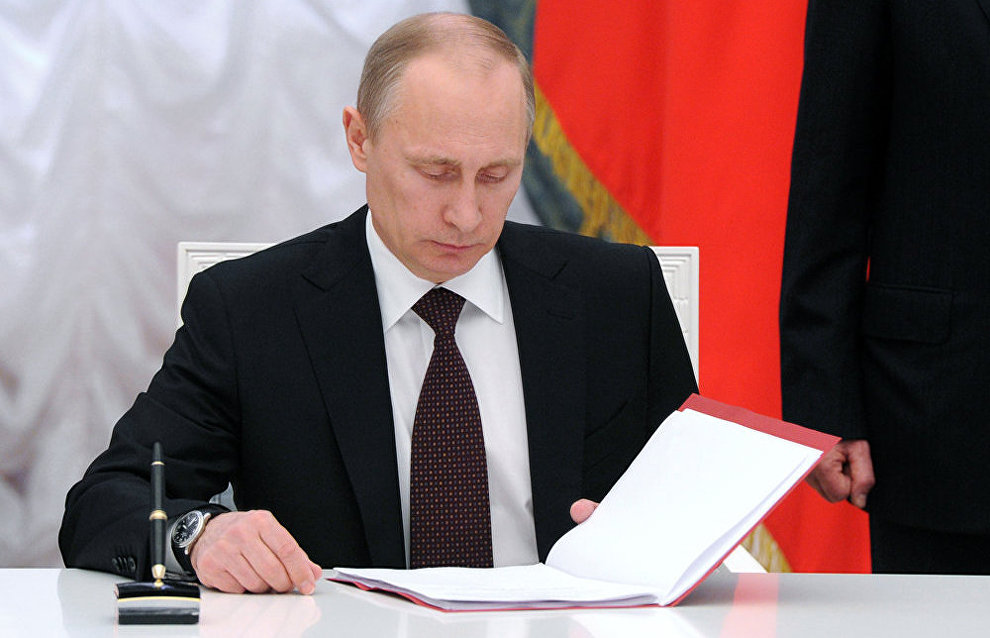 Vladimir Putin signed a law that stipulates tax incentives during mineral-deposit prospecting operations and the evaluation of such deposits, as well as hydrocarbon prospecting and production operations in certain areas of the Russian Arctic.

The document allows mining companies operating completely or partially north of the 70th Parallel and along with this located completely within the Krasnoyarsk Territory, Yakutia and the Chukotka Autonomous Area, to pay mineral extraction tax (MET) and excess profits tax.

The law also introduces MET deductions during oil production in oilfields completely located within the Krasnoyarsk Territory, completely or partially north of the 67th Parallel and south of the 69th Parallel. This concerns oilfields that were granted licenses before January 1, 2019. The deduction is applicable from the first day of the tax period when this norm was enacted and for a period of ten years.

Under the law, zero MET is stipulated for new oil provinces in the Eastern Arctic for the first 12 years. There are also plans to reduce MET to five percent for oil production projects on the continental shelf for a period of 15 years and to set zero MET during gas production and that of gas condensate, used to produce LNG and petrochemical goods, for a period of 12 years.

These zero rates are applicable during gas and gas condensate production at new deposits located in the Arkhangelsk Region, the Krasnoyarsk Territory, the Komi and Yakutia republics, the Yamal-Nenets, Nenets and Chukotka autonomous areas.