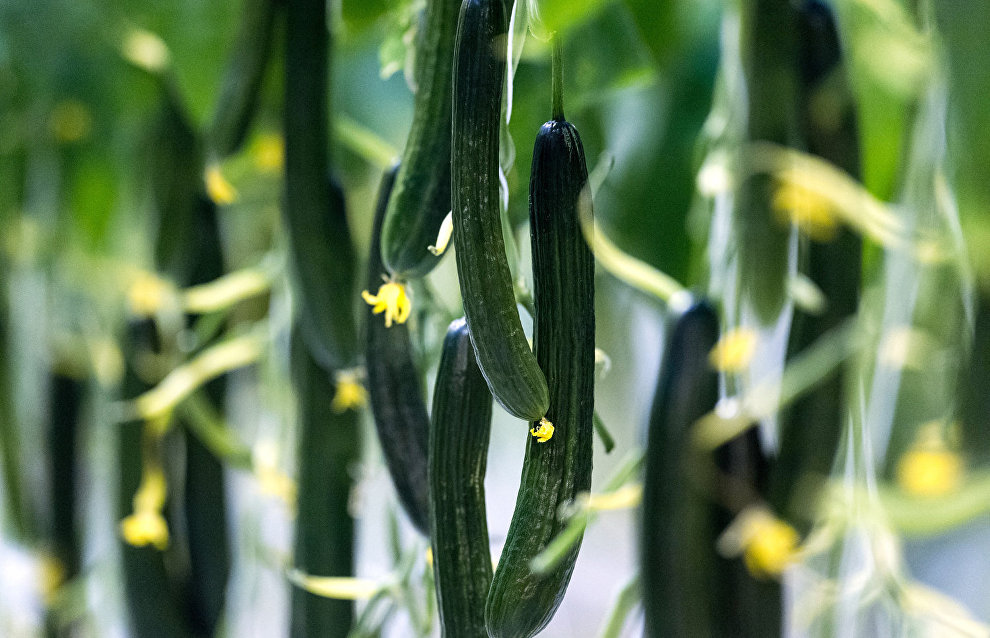 Yakutia expects a record harvest of cucumbers, tomatoes and greens

Yakutia has started implementing the second stage of phase three of the project to build the Sayuri year-round hothouse complex, which is scheduled to be launched in the third quarter of 2021.

Construction of the Sayuri complex is underway in the Republic of Sakha (Yakutia) with the participation of the Far East and Arctic Development Fund. The complex is a resident of the Yakutia priority development area (PDA). The project was launched in spring 2016 with the use of technology developed on Hokkaido, an island with a cold climate. Cucumbers, tomatoes and greens are being cultivated year-round in the conditions of permafrost and extremely low temperatures for the first time. This produce is delivered to children’s preschools and shops. The company employs over 60 people. In 2021, their staff will grow to 80.

According to Natalya Rogova, general director of the Greenhouses of Russia Association, the project in Yakutia is unique because it involves the use of innovative technology on permafrost and in extremely low temperatures of the Extreme North. “Just several years ago, building greenhouses in such regions was believed to be ineffective and inexpedient. However, owing to the new technology, their construction in the Far East is gaining momentum. This is great because thanks to such projects, people in the Far East will have more vegetables and herbs on their tables. Domestic produce is better than imports, and it only takes a day to bring it from garden beds to shops,” she noted.

For his part, Sayuri spokesman Valery Garipov emphasized that the construction of greenhouses in Yakutia was based on unique technology that made it possible not only to ensure the year-round work of the complex in an extreme climate but also to match the leading producers in harvest yield. Enclosing the hothouses are two layers of high-technology fluoropolymer film, which has higher mechanical wear resistance and light transmission, and a service life of up to 30 years. Water from a local well is used for irrigation and is processed by a reverse osmosis unit. The greenhouses also employ a combined system of supplemental lighting for plants (upper light provided by sodium lamps and bottom light by LED lamps), large trays and a second line of drip irrigation.

Recently the Sayuri complex was chosen as the best innovative project for building greenhouses at the 17th specialized exhibition Russia’s Protected Soil.