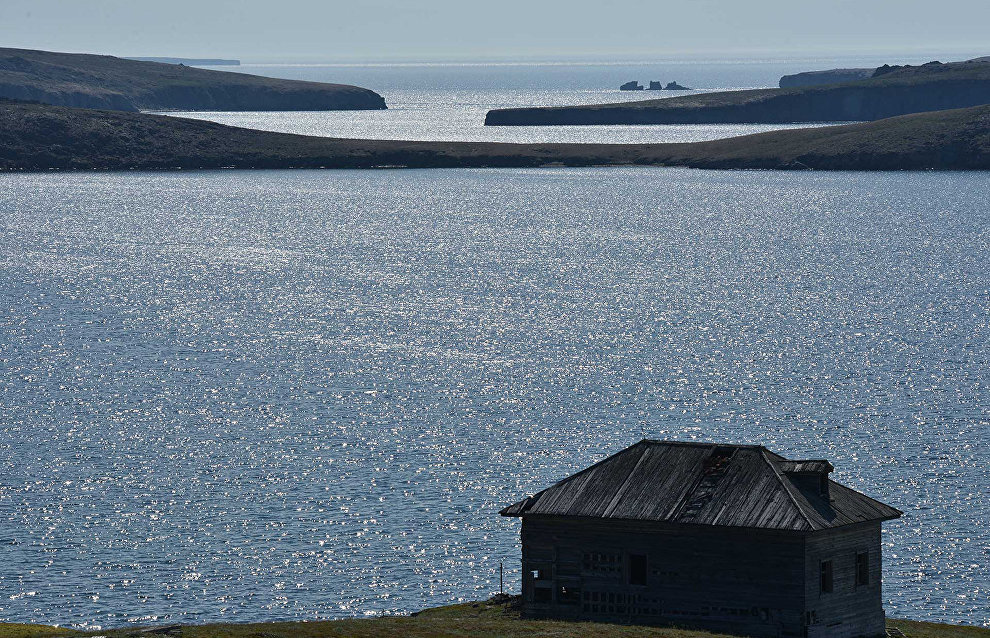 Crew members of the Elbrus vessel discovered the probable site of the 19th century Arctic explorers' ration depot on Novaya Zemlya during the delivery of goods to the Northern territories of Russia.

"Crew members of the Elbrus combat logistics ship have found the highly likely site of the ration depot built by the Austro-Hungarian expedition of 1872-1874 led by Karl Weyprecht and Julius von Payer, which discovered Franz-Josef Land," reported the Northern Fleet press service.

The press service specified that the discovery was made during the Northern Supply Haul to islands in the Arctic Ocean. Elbrus, under the command of Captain Vyacheslav Gubarev, also conducted reconnaissance of the route for the Northern Fleet combined expedition to Novaya Zemlya scheduled for August, which was needed due to the lack of research on the waters around Severny Island of the archipelago.

"It was the Barents islands' coast that the crew explored most thoroughly. The weather and ice conditions let them take photos and videos of the eastern and western Barents islands and part of the Litke Peninsula. The photo and video analysis suggests with a high degree of probability that a historic find was made: the site of a ration depot of one of the first scientific expeditions to the Arctic," said a Northern Fleet spokesperson.

One of the teams of the Northern Fleet combined expedition is expected to land on islands of the Barents Sea in August and, jointly with the Russian Geographical Society, find some historical items confirming the discovery of the Northern Fleet sailors. This year the combined expedition will cover Novaya Zemlya and part of the continental coast of the northern seas, specifically the coast of the Taymyr Peninsula.

The ration depot on Novaya Zemlya was established on August 15, 1872, by the expedition sponsor Count Johann Nepomuk Wilczek. The funds spent on the depot made up a third of the total expedition financing. The expedition led by Karl Weyprecht and Julius von Payer did not use the depot, and there is no information about its later discovery.