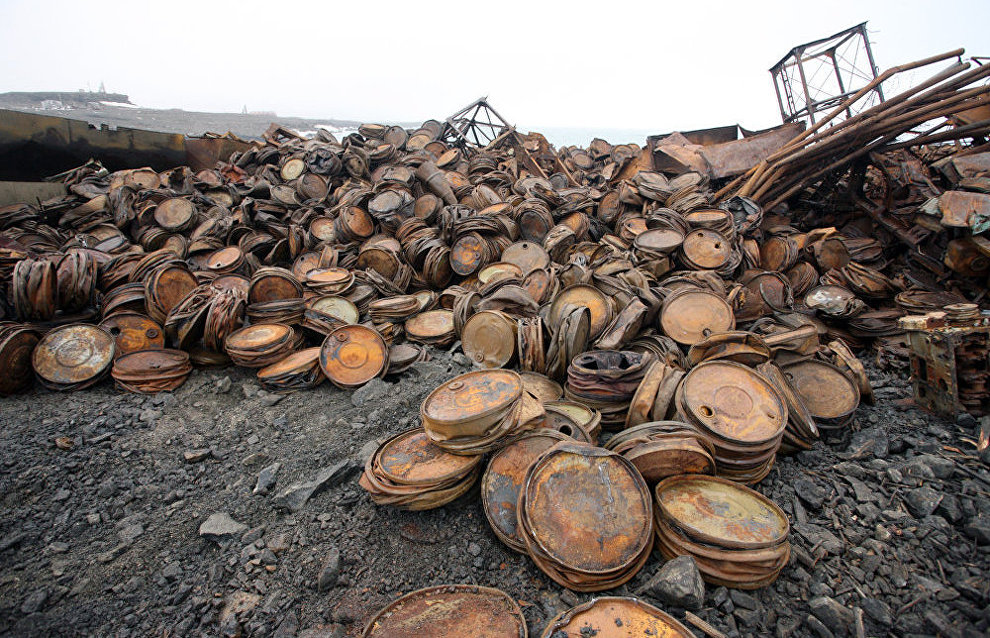 "Ten Defense Ministry units formed on an ad hoc basis to clean up the Arctic environment are dismantling old, derelict buildings and structures, conducting land reclamation operations and collecting scrap metal, including metal barrels for various liquids. Over 2,600 tons of scrap metal have already been collected and about 600 tons more are expected to be collected before the end of the year," he said.

The scrap metal is compressed by hydraulic presses and then carried to the mainland for recycling.

Over 170 servicemen and dozens of various pieces of equipment are used to clean up military stationing locations on Arctic islands — the Novaya Zemlya archipelago and Kotelny and Wrangel islands.