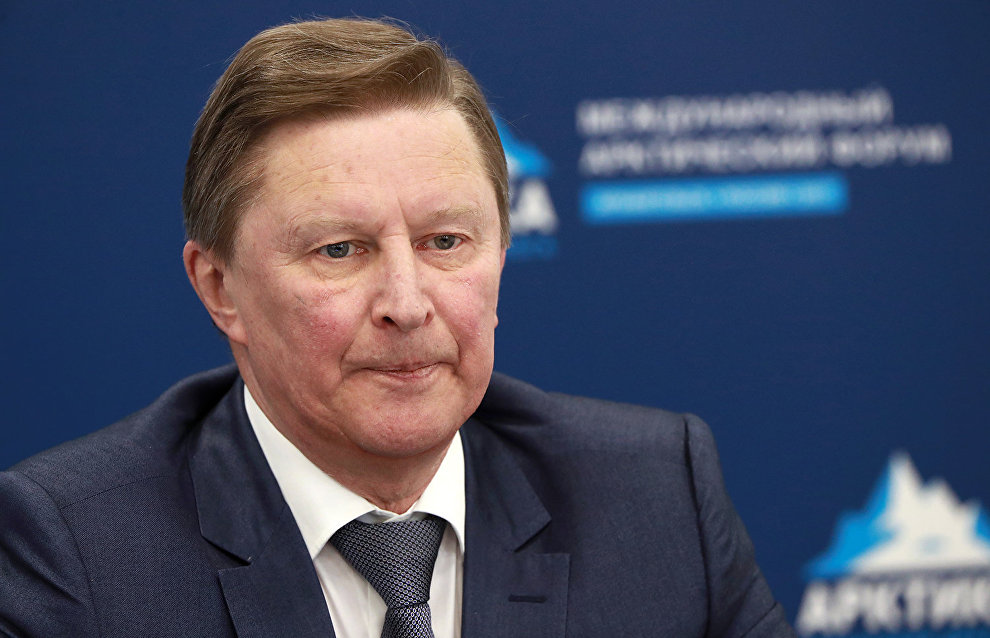 The global environmental agenda remains one of the few areas that have not been politicized, said Special Presidential Representative for Environmental Protection, Ecology and Transport Sergei Ivanov.

"Environmental protection and ecology, in my opinion, are among the few issues where there are no foreign policy contradictions," Ivanov said during a press briefing as part of The Arctic: Territory of Dialogue international forum.

He said that it is only possible to address environmental problems efficiently through international cooperation.

"The Arctic is an indicative example where countries, both members and non-members of NATO, manage to take coordinated decisions and act in the interests of humanity," Ivanov stressed.

The Arctic: Territory of Dialogue International Arctic Forum was held in Arkhangelsk on March 29-30, 2017. This year's main theme is People in the Arctic. The forum aims to bring together international organizations, government agencies and scientific and business communities from Russia and other countries to coordinate policies on developing international cooperation, consolidate efforts to ensure the stable development of the Arctic and to improve the living standards of the Arctic population.