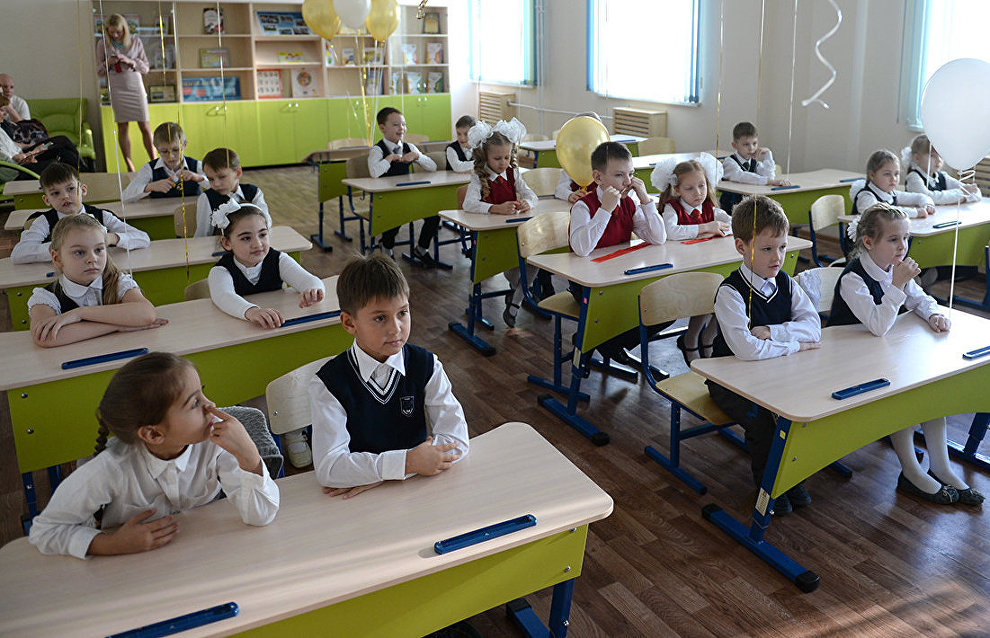 Russian schools to organize themed Arctic lessons in May

On Polar Explorer Day, May 21, Russian schools will give themed lessons on the Arctic, the Ministry of Natural Resources and Environment press service quoted Minister Sergei Donskoi as saying at The Arctic: Territory of Dialogue forum.

"During The Arctic — The Facade of Russia lesson, schoolchildren of all ages will learn about both Arctic exploration history and its key figures, and why this is the ‘climate kitchen' of the planet, what color the polar bear is and how the Arctic influences the daily life of every Russian," the press service said.

Mr. Donskoi initiated these special Arctic lessons at schools. The Education and Science Ministry supported the idea and included The Arctic — The Façade of Russia lesson into the national education calendar of events for the 2016-2017 academic year.

Polar Explorer Day has been marked on May 21 per President Vladimir Putin's decree. This year will mark 80 years since the first Russian drifting expedition North Pole led by Ivan Papanin in 1937, which opened a new era in Arctic research.

Polar Explorer Day is not just a professional day but it also pays tribute to Arctic and Antarctic researchers. This day and public attention to this subject help educate people about the most mysterious places on the planet and encourage young people to pursue polar research related professions.