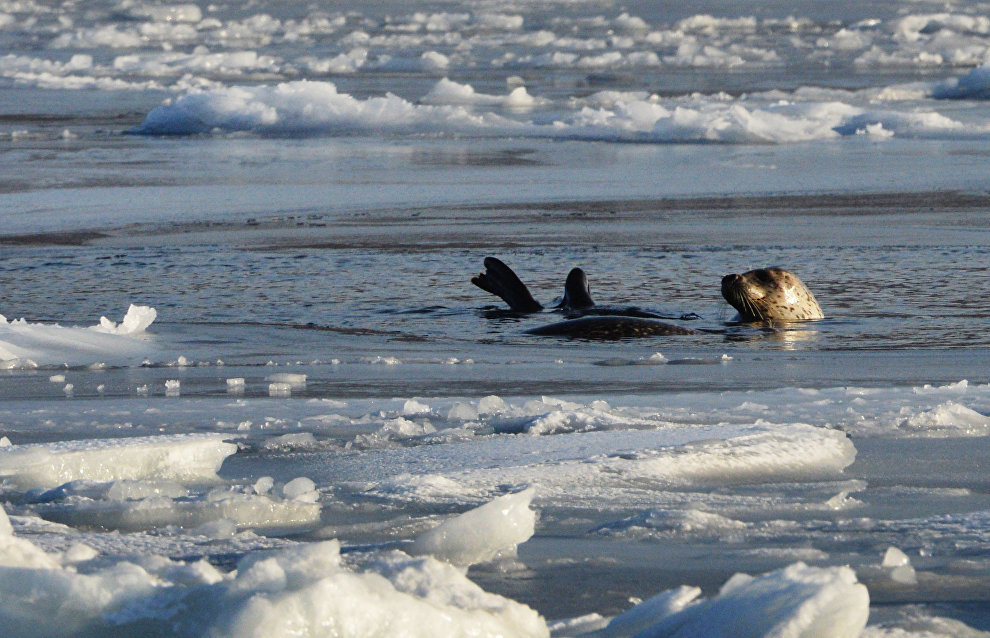 For the first time, researchers have seen a significant increase in the seal population near the Arctic Gate sea terminal, TASS reported, citing Gazprom Neft Yamal. The growth might mean that the area is in good environmental shape.

"Last year, environmentalists saw only a few seals in the gulf waters. Seals are very vulnerable to pollution and changes in Arctic ice. The growing seal population shows that the situation is good," the company told TASS.

Gazprom Neft Yamal is engaged in delivering hydrocarbons from the Novoportovskoye field in the Yamal-Nenets Autonomous Area.

Dr. Mikhail Golovatin, a biologist and deputy director of the Institute of Plant and Animal Ecology of the Russian Academy of Sciences' Urals branch, told TASS that the aerial survey showed that the seal population density in the conflux of the Gulf of Ob and the Taz Estuary (that is, near the oil terminal) is four seals per 10 square kilometers.