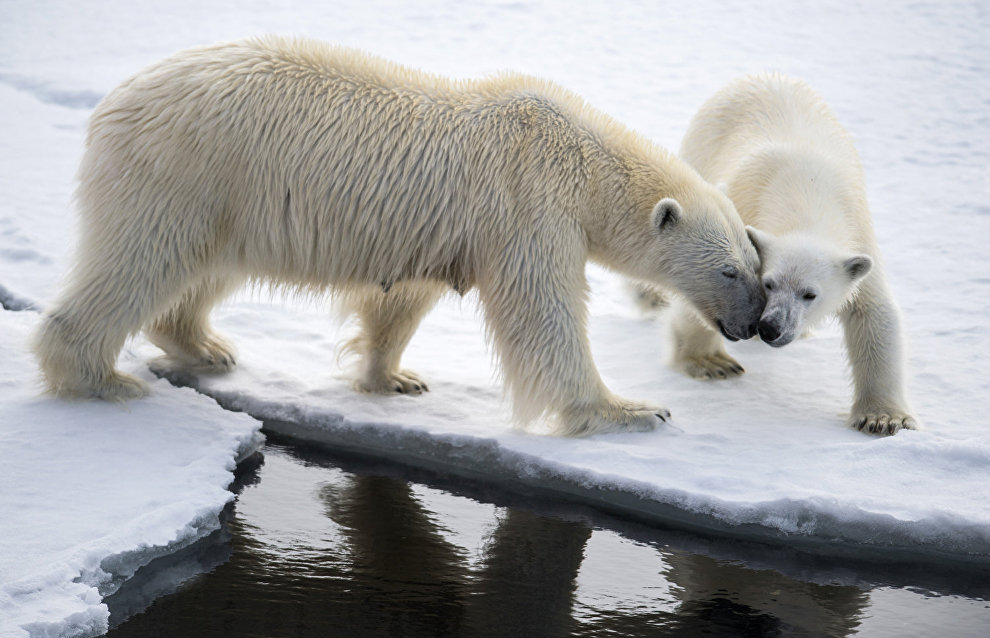 A Russian delegation, including representatives from Chukotka, took part in a meeting of member-states of the Agreement on the Conservation of Polar Bears. The meeting took place in Fairbanks, Alaska.

The head of the Russian delegation, the Deputy Director of the International Cooperation Department at the Ministry of Natural Resources and Environment, Irina Fominykh, said the meeting was a success and even more productive than expected. In her opinion, it encouraged optimism and gave hope for further cooperation in developing uniform standards and approaches to recording and analyzing information.

Ms. Fominykh also expressed appreciation for the report by the head of the Wildlife Conservation and Usage Section at the Regional
Department of Industrial and Agricultural Policy of the Chukotka
Autonomous Area Yegor Vereshchagin, which was given during the meeting.

"This document contains relevant and valuable information on the conflicting situation between people and polar bears. This information is extremely important for working out a joint strategy on polar bear conservation," the head of the Russian delegation said.

Mr. Vereshchagin presented a report in Fairbanks that reviewed the long-term observation of polar bears in Chukotka, including the base of conflicting situations, which was proposed for keeping and maintaining in other Arctic countries for a consistent analysis and comprehensive view of the overall situation.

"Representatives of other Arctic regions and the scientific community were more concerned about climatic change and its negative effect on polar bears, but these issues do not loom large with us. Both scientific data and traditional knowledge prove that nothing threatens our bears. During spring counts of dens we often find female bears with three cubs, which proves that the population is in good shape and there is no danger of a decrease in the population," Mr. Vereshchagin said.

It was also pointed out that no evidence of poaching had been found on Chukotka lately. Experts, who followed web sites for illegal trade in skins and other derivatives, discovered about 40 advertisements and passed the information along to the Ministry of the Interior. None of those bears were hunted on Chukotka.

One of the main goals today is to organize and support patrol organizations. At present, paperwork for the Umka-Patrol's official registration is being completed. Its volunteers help with watching the animals and preventing conflicting situations between people and polar bears.