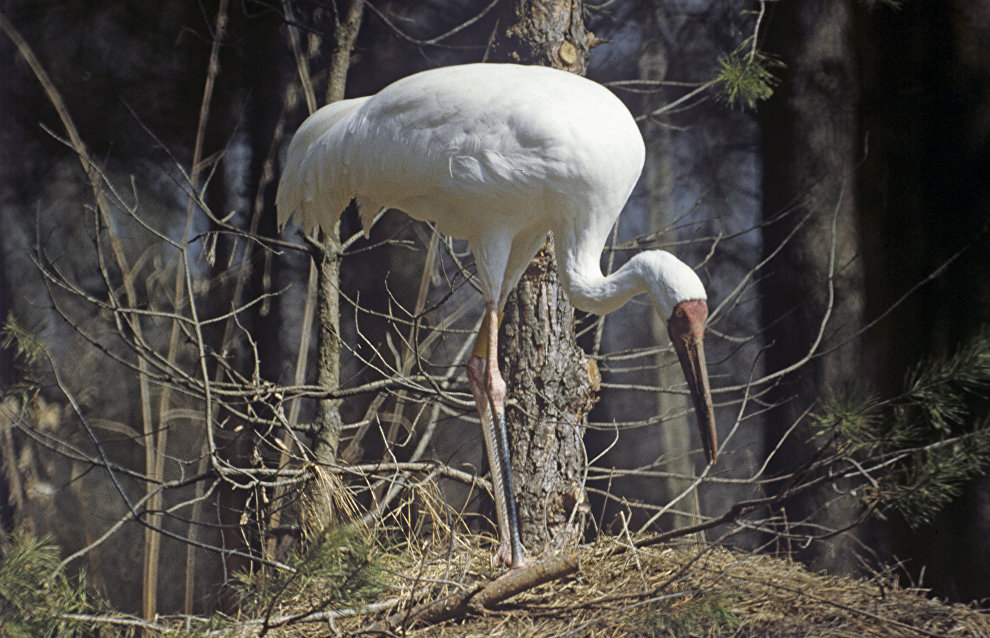 Six endangered cranes to spread their wings over Yamal Peninsula

For now the cranes are staying in an open-air aviary on the marshland, where the birds will spend several days. After they adapt to the local climate and environment, the cranes will be released. Special transmitters have already been attached to the birds to track their further movement, migration routes and wintering areas.

"The cranes almost have never seen people. They are truly wild and so will easily adapt in nature," said Yury Markin, director of the Oka Nature Reserve, where the birds were raised. The birds are about a year old and weigh from 5.2 to 6 kg. He said that they chose the biggest birds brought up by their parents to send to Yamal. The cranes will start to form pairs in three years. Siberian white cranes are monogamous and mate for life.

The project to restore the white crane population is part of the Yamal-Arctic comprehensive research expedition, operated by the Russian Arctic Development Center.

Back in June 2019, four young cranes (two males and two females) were delivered from the Oka Nature Reserve to the Kunovat Nature Sanctuary and also released into the wild. It is believed that one of the birds was later seen wintering in Turkmenistan.

The endangered Siberian white crane is a sacred bird of the Khanty people. It has been included in the Red List of the International Union for Conservation of Nature (IUNC) and the Convention on International Trade in Endangered Species of Wild Flora and Fauna (CITES), as well as in the Red Data Books of Russia and the Yamal-Nenets Autonomous Area.