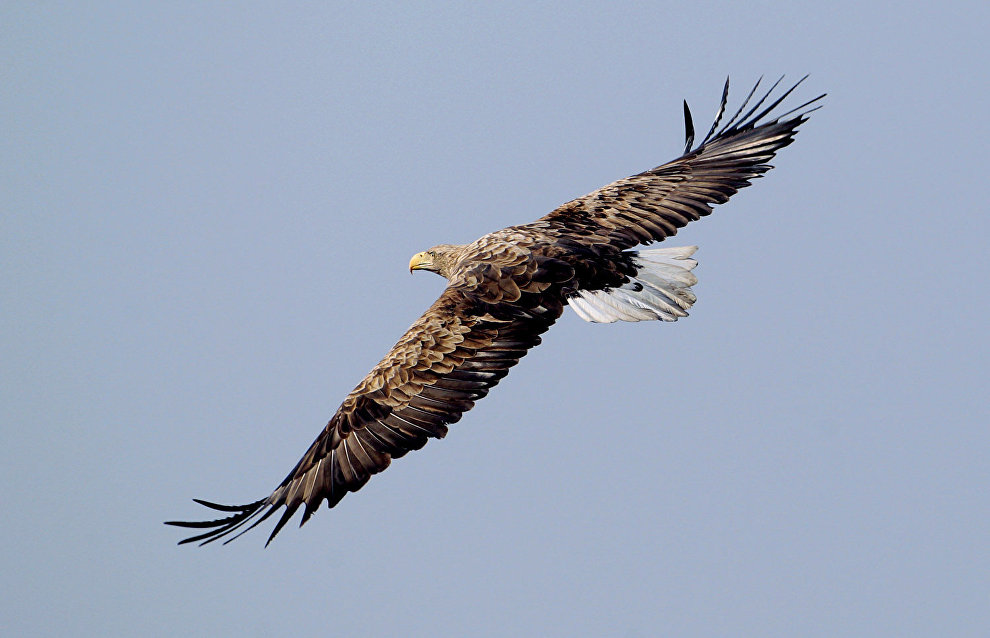 A group of Russian ornithologists are going to explore the Shchuchya midstream basin to collect new data on the condition of nesting groups of birds of prey which have been entered into the Red Lists of Russia and the Yamal-Nenets Autonomous Area: golden eagles, white-tailed eagles, peregrines and gyrfalcons.

Every single year ornithologists have been paying ever more attention to the population of gyrfalcons. These are the falcons that have not been studied much and are the most vulnerable. Over the past 20 years the number of these birds in Russia has been quickly declining because they have been illegally captured and exported to Arabian markets for falconry.

According to the expedition leader, Svetlana Mechnikova who has a PhD in Biology, gyrfalcons like to breed in early spring when the snow has not quite melted. They do not favor making their own nests preferring to squat in those of other birds. For the gyrfalcons to breed successfully, ornithologists from the Russian Birds Conservation Union build them artificial nests. Researchers will inspect the occupancy of these nests, make new ones and repair any of those that need work to be done on them.

In total, 42 artificial nests were installed between 2010 and 2019. For the first time gyrfalcons produced offspring in 2017. Gyrfalcons occupied such nests seven times, golden eagles, three times and pigeon hawks and rough-legged hawks twice each.

The Shchuchya River basin is a unique model site where population groups of the birds of prey have been monitored for over 40 years. The results of such monitoring over a period of many years are much demanded in working out the activities intended to conserve and restore the populations of rare birds.

The expedition starts on June 24 and has been organized with the support of the Russian Arctic Development Center.