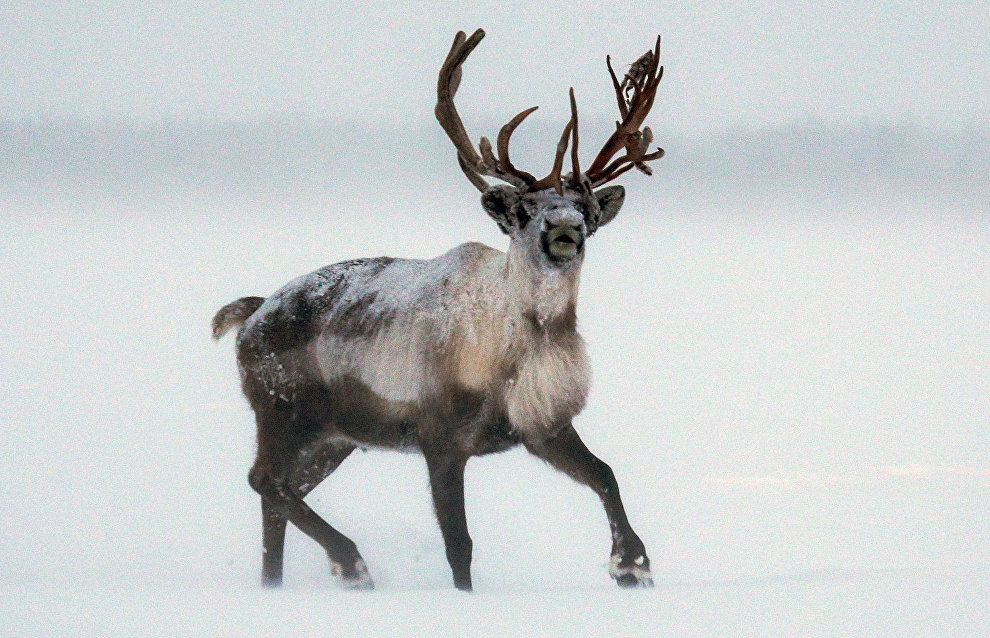 A meeting held to discuss how to preserve the wild reindeer population was chaired by Deputy Minister of Natural Resources and Environment Yelena Panova. The discussion involved representatives of the Federal Service for Supervision of Natural Resources (Rosprirodnadzor), Russian regions, specially protected natural territories, and organizations representing the interests of the small indigenous peoples of the North (SIPN).

According to the Director of the Department of State Policy and Regulation of the Hunting Sector Andrei Filatov, priorities for preservation of the species include restraints on wild reindeer hunting and stricter controls on withdrawal of the animals within the established quotas.

The high number of predators, primarily wolves, was identified as one of the main factors behind the decline in the reindeer population. The Republic of Sakha (Yakutia) and the Krasnoyarsk Territory have instituted wolf hunting prizes in an attempt to deal with the problem.

"February and March witness destructive hunting, the first victims being female reindeers that are starting to migrate towards their calving habitats. The new hunting rules drafted by the Ministry of Natural Resources and Environment in 2020 provide for cutting down the reindeer hunting timeframes," he said at the meeting, held via videoconference.

Amirkhan Amirkhanov added that the small indigenous peoples of the North should play a determining role in distributing the region's hunting resources.

The participants also discussed how to restrict the hunting of migrating wild reindeer in areas affected by the disaster at Thermal Power Station-3 in Norilsk. According to the Director of Central Siberia Nature Reserve Pavel Kochkarev, between 12 and 15% of reindeer from the Central Taymyr group migrate along the bank of the Pyasina River. Later the animals may head south and be killed near villages, something that would entail the risk of people eating oil-contaminated meat and offal. Ms Panova said that an interagency working group would deal with this problem separately.