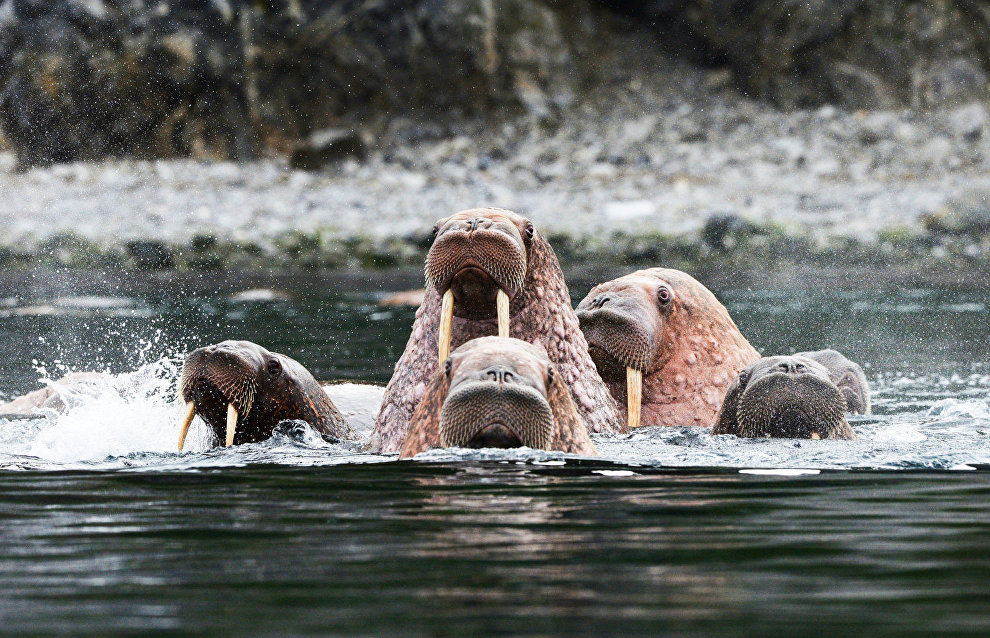 Two specially protected natural areas of regional importance will be created in the Chukotka Autonomous Area on Cape Serdtse-Kamen and near Mount Dionysius.

"The need to create these specially protected natural areas has been discussed in research and relevant circles for the past several years. Their establishment will move Chukotka up in the ranking of Russian regions in terms of the amount of specially protected areas, and also will make our small contribution to Russia's fulfillment of its obligations as part of the UNESCO/UN convention on the preservation of the biodiversity of the Arctic and the planet," said representatives of the Chukotka branch of the Russian Geographical Society.

The future protected area on Cape Serdtse-Kamen will cover 4 square kilometers and will be located near Kengiskyn Cove in the Chukchi Sea. A nature reserve will be created there to preserve the unique site where 90% of the Pacific walrus population that inhabits the waters of Chukotka and Alaska gathers in the fall.

The second specially protected natural area will be created around Mount Dionysius in the Anadyr District. It will cover 36 square kilometers and will protect the nesting sites of peregrine falcons and gyrfalcons, as well as the routes of the Naumann's thrush, Ross's gull, great gray shrike and other threatened birds. These areas are also home to many rare and threatened plants.

At the initiative of the regional branch of the Russian Geographical Society with the support of the Chukotka government, the region will hold a research and technical survey involving researchers and experts on specially protected areas in Chukotka and the Arctic, as well as employees of the Institute of Biological Problems of the North, the Marine Mammal Council and WWF Russia.

Work is in progress to create Land of the Spoon-billed Sandpiper Nature Park in the southwest of the Anadyr District. Plans call for creating the specially protected area near three villages in the region — Alkatvaam, Meinypilgyno and Khatyrka.