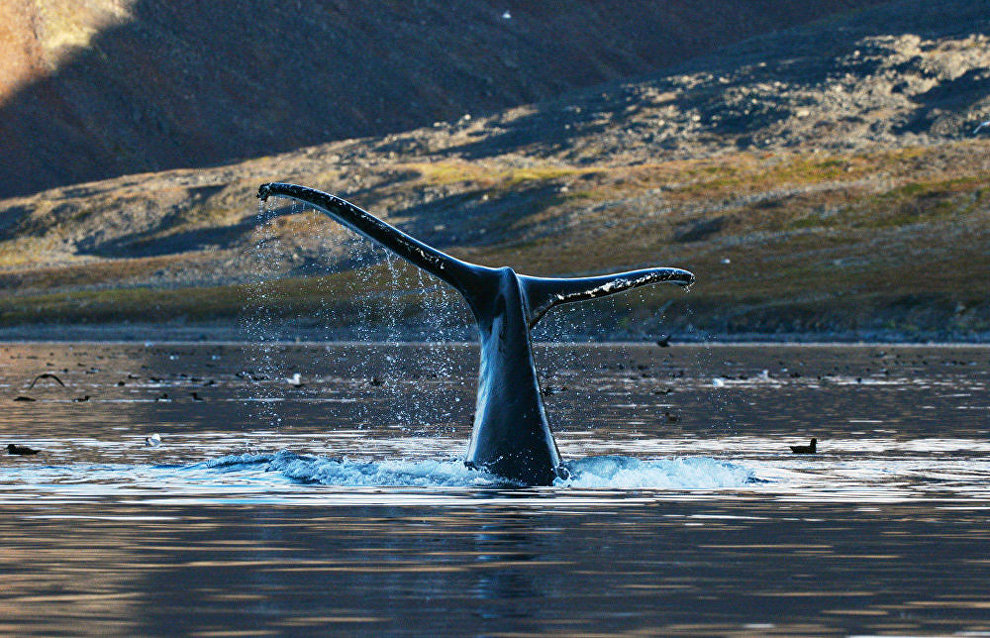 Researchers from the Department of Biology at Lomonosov Moscow State University have closed their fourth season at the Beringia National Park in the Chukotka Peninsula, where they studied the cetacean species.

In 2020, apart from the usual monitoring of humpbacks, killer whales and gray whales in the Senyavin Strait, they used the support of WWF Russia to assess the animals’ behavioral responses to unexpected sounds, including ship noises. This was done by playing the sounds with the help of a submerged loudspeaker, the aim being to identify the distance at which the whales would begin to react.

“Our findings are as follows. The whales showed no response at a distance of 300 meters but their behavior changed at about 100 meters.  There were individual differences within this distance: the reaction was stronger in animals that were resting and less noticeable in those feeding,” Doctor of Biology Olga Filatova, the expedition head, said.

During the next stage, the researchers are planning to compare the noise levels of the loudspeaker with those of ship engines of different types and calculate distances at which whales will show behavioral reactions.

In the spring of 2021, the scientists will have to identify seasonal presence regimes of different cetacean species in the water area belonging to the Beringia National Park. As of now, there is a clear idea of what is going on in August and September, when the field work is in progress. A specialized sound-recording buoy will be installed for this purpose. The equipment will be in a submerged position and have a storage battery, a memory card and a hydrophone. It will record all sounds originating within a range of 5 kilometers for several months. After analyzing the files obtained in this way, the scientists will know which whale species pass through the strait, when the animals come to the Chukotka coast and when they leave for the ocean.

The research results should help to protect the unique sea mammals from the negative impacts of the ship traffic on the Northern Sea Route.

“An active development of the North Sea Route is under way. It is obvious that the number of ships in the Arctic is only going to increase and, of course, their routes will cut across whale habitats,” head of WWF Russia arctic projects Irina Onufrenya said, adding: “It will be possible to speak about mapping or adjusting ship routes and drafting rules of passage through feeding grounds and rules of approach to areas frequented by whale populations after we understand how different noises affect the whales.”