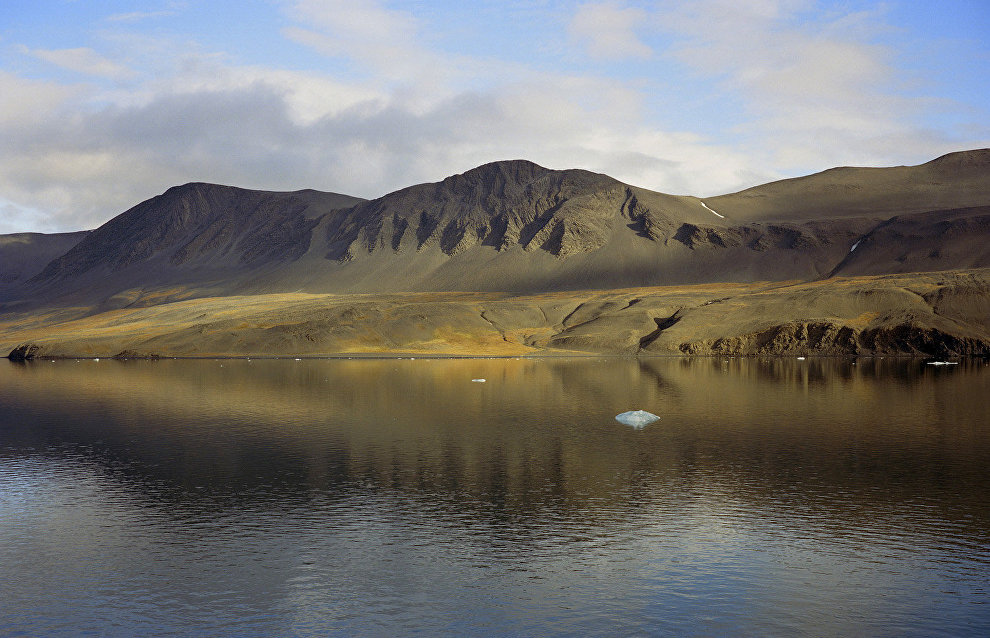 Specialists sighted the butterflies during their fieldwork in the summer of 2020, while collecting environmental data.

“Our employees had time to watch a butterfly and to take pictures of it. This is the first such incident in the national park because no butterflies have been spotted here before,” said Ivan Mizin, Deputy Director for Research at Russian Arctic National Park. 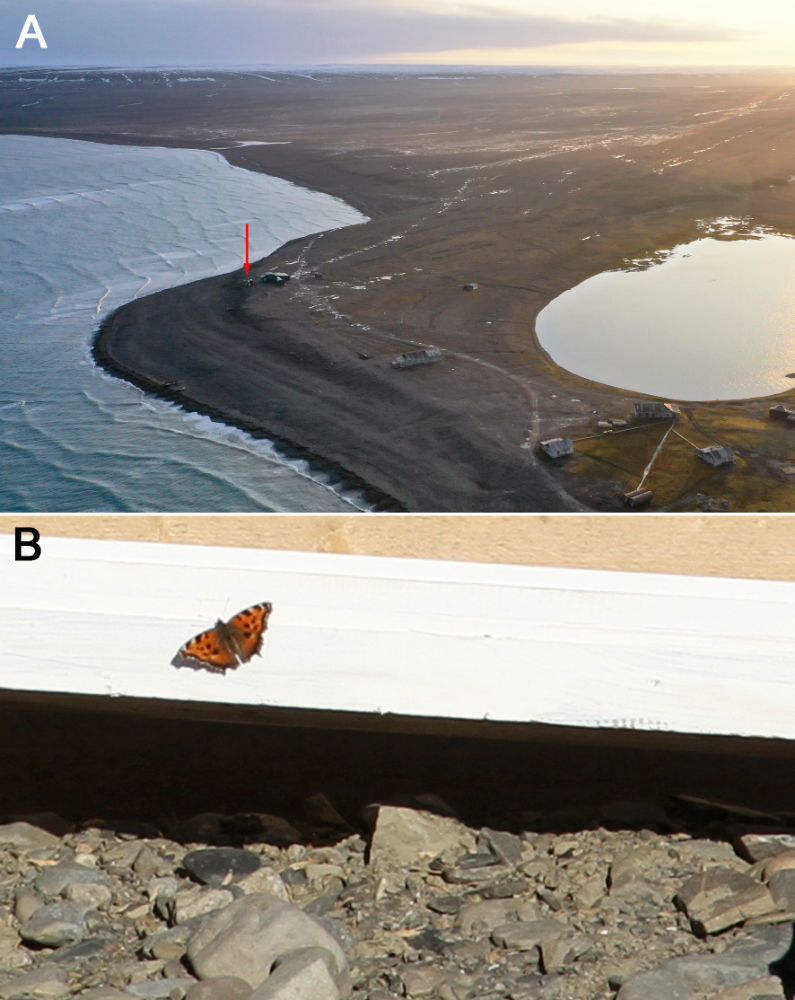 Butterfly’s location and where it was sighted. © Press service of the Ural Branch of the Russian Academy of Sciences

Researchers from the Academician Lavyorov Federal Center for Integrated Arctic Research, affiliated with the Ural Branch of the Russian Academy of Sciences, identified the butterfly as Nymphalis xanthomelas, the scarce tortoiseshell; this boreal forest species is not endemic to the high Arctic latitudes. Their main job was to find out how this butterfly reached the northernmost tip of Novaya Zemlya, a polar desert lacking the required vegetation. Moreover, these butterflies are unable to traverse long distances.

Biologists in Arkhangelsk analyzed data on similar butterfly migrations to the Arctic. Researchers have recorded several other similar migrations, caused by drifting continental air masses, before the summer of 2020. In 1978, butterflies landed on the Spitsbergen (Svalbard) Archipelago, their deepest Arctic penetration to date. The latest Novaya Zemlya discovery comes second in this respect.

Researchers from the Federal Center for Integrated Arctic Research, affiliated with the Ural Branch of the Russian Academy of Sciences, reenacted the sequence of events and heeded the shortest distances between the butterflies’ Novaya Zemlya location and the nearest areas in mainland Russia.

“We reenacted the situation one day before the butterflies landed on Cape Zhelaniya. The entire situation remained stable for three to five days. The first encounter in July was linked with a powerful and warm air mass drifting at high speed from Yamal Peninsula. In August, another warm air mass arrived from the east, that is, from Taimyr Peninsula. The butterfly therefore flew over a 580-650-kilometer water barrier together with prevailing air flows,” Ivan Bolotov, Director of the Federal Center for Integrated Arctic Research and an Associate Member of the Russian Academy of Sciences, noted.

He links the arrival of migrating butterflies to Novaya Zemlya with “population explosions” in Yakutia which, in turn, are a consequence of the warm climate season. The caterpillars of the large tortoiseshell or blackleg tortoiseshell (Nymphalis polychloros) butterflies develop on willows. The good state of willow forests and mild weather facilitate their all-out reproduction and migration toward the Arctic Ocean coast, from where some butterflies are blown off course and reach Arctic archipelagoes.

“This unique discovery highlights climate change. Warmer weather causes part of the butterfly population to migrate north. Butterflies are a fine-tuned biological indicator of Arctic warming, and we can see what serious processes are now unfolding in living Nature,” Ivan Bolotov said in conclusion.