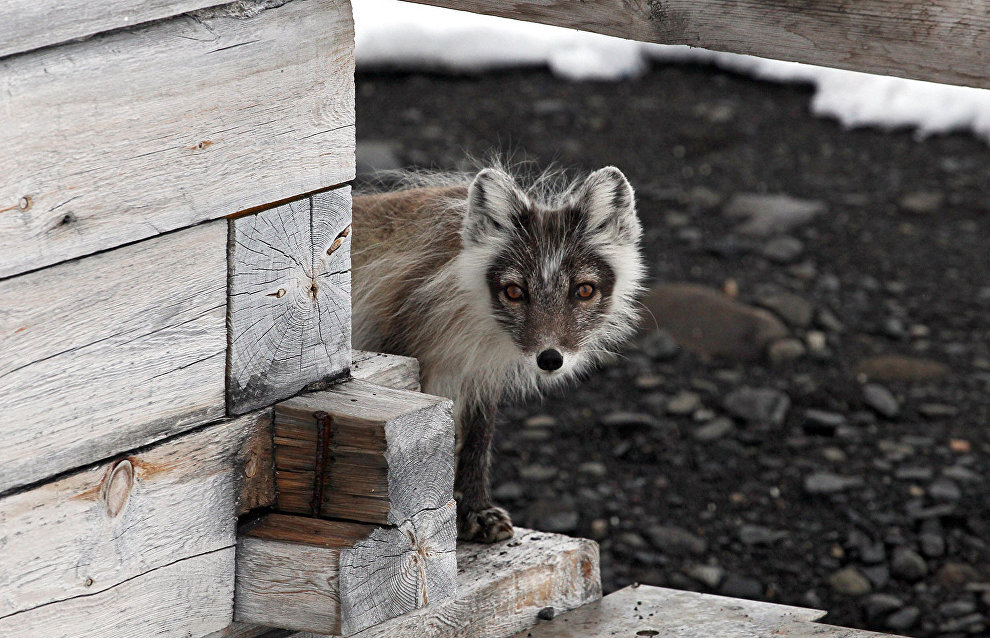 A rare albino Arctic fox was photographed by scientists from the Arctic Research Station of the Institute of Plant and Animal Ecology of the Ural Branch of the Russian Academy of Sciences during their work near the village of Sabetta.

“A blue-eyed blond appeared near the village of Sabetta. We had never seen an albino Arctic fox before. Blue eyes, a pink nose and light color are signs of low melanin content, which accounts for the animal’s coloring,” the specialists wrote, describing the animal on social media.

They mentioned that Arctic foxes in Yamal sit at the top of the food pyramid and therefore reflect the changes at all its levels.

Earlier, the Arctic laboratory employees took a video of Arctic fox cubs. Monitoring these beautiful and inquisitive animals is part of the Arctic Fox project.