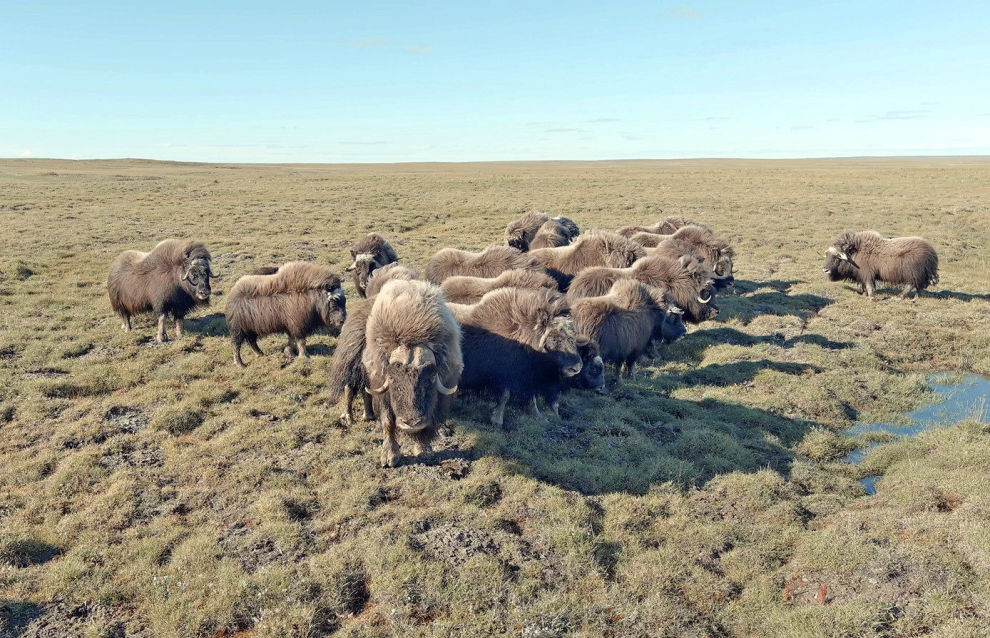 A herd of 29 musk oxen discovered in eastern Taimyr

The participants of the Pyasina-2022 integrated research expedition studied the distribution of the musk ox population in Taymyr. The largest herd has about 29 individuals and inhabits the eastern part of Taymyr.

As the researchers themselves note, a certain trend came to light during the study.

“There were practically no musk oxen in the western part of Taymyr and only isolated individuals and small herds were recorded in the central part. In the eastern part of Taymyr – in the places of its acclimatization such as the basins of the Bikada-Nguoma and Bolshaya Balakhnya rivers and the vicinity of Lake Taymyr, the population density of musk oxen was quite high and these animals were found everywhere in groups averaging 14-17 individuals.  However, there were no large clusters of these animals; the most numerous herd numbered 29 individuals,” the press service of the Joint Directorate of the Taymyr Nature Reserves reports. 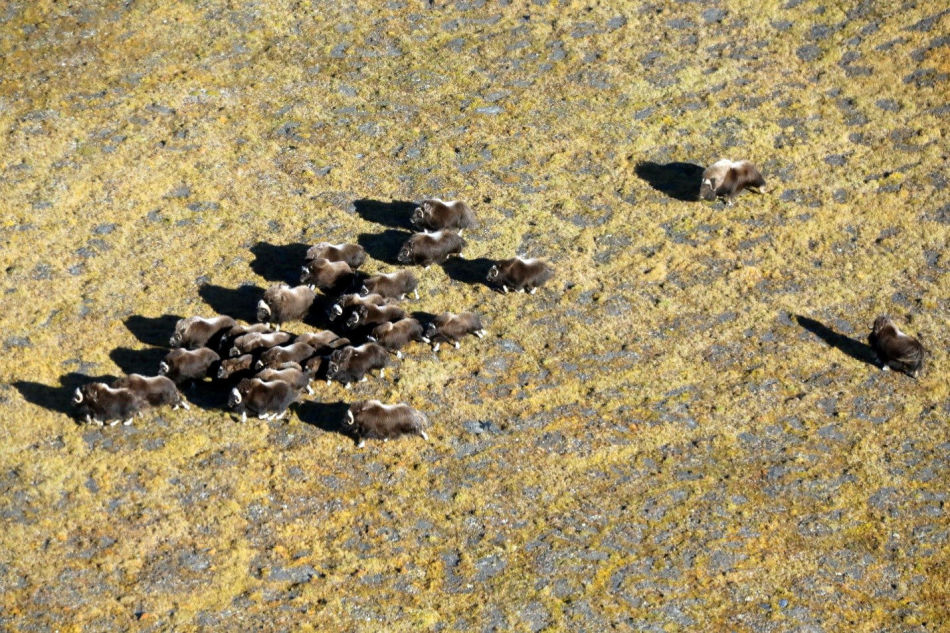 A mixed herd of musk oxen of different genders and ages in the vicinity of the Bikada-Nguoma River. © Joint Directorate of the Taymyr Nature Reserves

At the moment, experts are recording the total number of musk oxen, their gender and age structure and herding data.

The research expedition was conducted on the grounds of nature reserves from July 15 to August 22, 2022. The total length of the routes covered was 10,000 km. The researchers used the method of aerial count using amphibious aircraft and a single-engine Sterkh aircraft over an area exceeding 150 000 sq. km. Currently, lab processing of the data obtained is being carried out to assess the state of the populations: aerial photographs are being processed to determine the musk ox’s demographic structure.