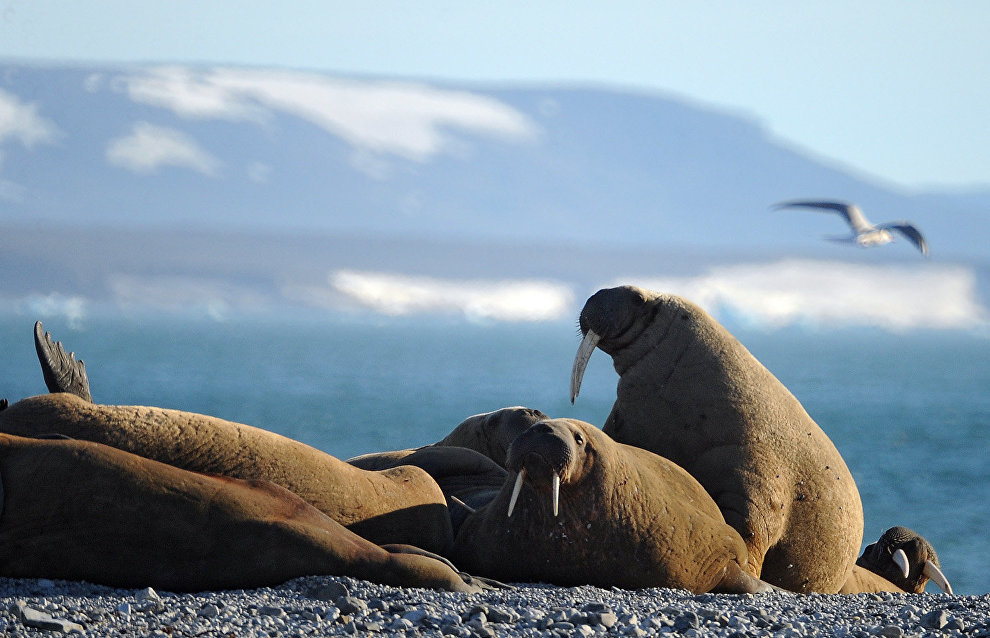 The population of walruses and their pups on the shores of the Kara Sea has increased to approximately 3,000-4,000 individuals, according to experts. The rookery is located in the estuary of the Tiutei-Yakha River near the Kara Sea coast and is considered as the world’s largest concentration of Atlantic walruses.

Researchers from the Arctic Research Station of the Institute of Plant and Animal Ecology under the Russian Academy of Sciences’ Ural Branch and the Marine Mammals research and expedition center conducted fieldwork in 2022 as part of the Comprehensive Study of Walruses in the Yamal-Nenets Autonomous Area.

During the research, experts tagged seven walruses with satellite transmitters to monitor their migration; they also took 30 biopsy samples and monitored the rookery via a drone on a daily basis.

“Within the next few months, we will conduct many laboratory studies and analyze the samples,” said Alexander Sokolov, senior research fellow at the Arctic Research Station.

Following the trip, the researchers noted the need to enhance control measures for monitoring people visiting the rookery. To that end, the area will receive protected area status to preserve the only inland rookery of the endangered animal.

Last year, the autonomous area launched a three-year program to study walruses. On the Year of the Environment, proclaimed by Governor Dmitry Artyukhov in Yamal, researchers entered a new phase in the research.