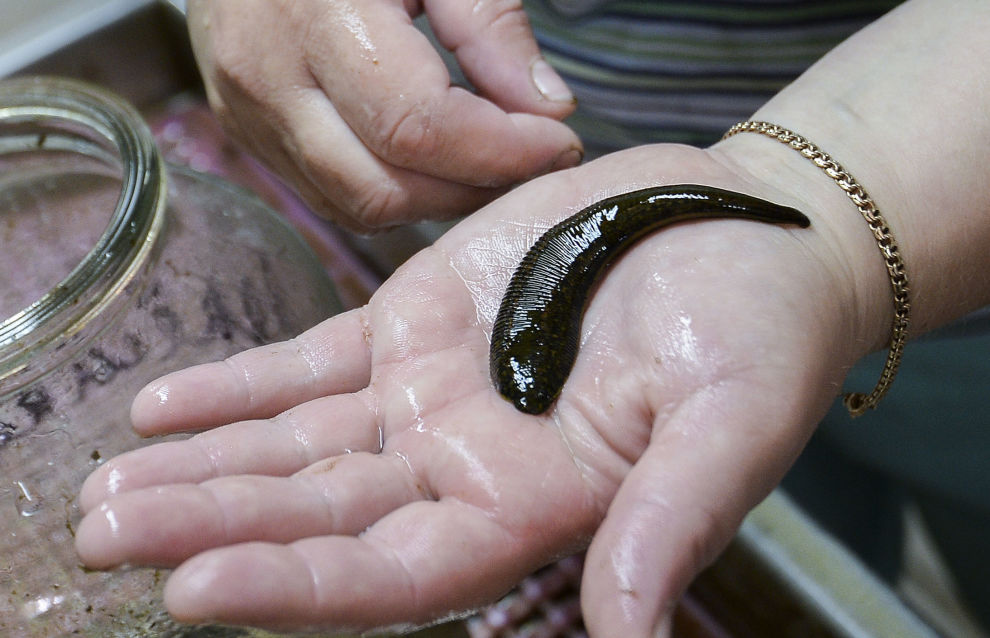 New leech species discovered in the Arctic by Russian scientists

A new genus and leech species has been discovered near the Russian Arctic by scientists from the Federal Research Center for the Integrated Study of the Arctic, Ural Branch of the Russian Academy of Sciences and St. Petersburg State University (SPbSU). The results of the study were published in the journal Scientific Reports.

The new leech was named Hyperboreomyzon polaris, and it was found at and near Kolguyev Island and the Putorana Plateau. Another new species was also found in a high-altitude lake in the polar Urals, and has been named Arctic glossiphonia (Glossiphonia arctica).

“Glossiphonia was found only in one lake in the polar Urals, very unexpectedly. Again, we know little about this species, except that it exists. We do not know what it eats or whether it is distributed only in the polar Urals. If only in the polar Urals, this is very interesting, because there are not many species unique to the Arctic territories,” Ivan Bolotov, director of the Federal Research Center, explained, adding that zoologists consider it necessary to include the discovered species and genus in the Red Book of Russia.

According to genetic data, the newly found species belong to a very isolated lineage that has a special genome.

“This leech is an ancient relic. For leech fauna, it’s like finding some new bear or whale. Previously, it was believed that leeches in Russia were well studied and finds of species new to science were unlikely, but in studying Arctic fauna, we have made our way to remote areas like the Putorana Plateau, the Taimyr Peninsula and Kolguyev Island, where no one had previously collected leeches. This new genus and species is completely unexpected. According to genetic data, this is a very isolated line, it has a special genome,” the scientist said.

He noted that it is important to study leeches partly because of their impact on fish and birds.

“Leeches can harm valuable fish species such as salmonid fishes. Also, leeches can have a harmful effect on waterfowl,” Bolotov said.