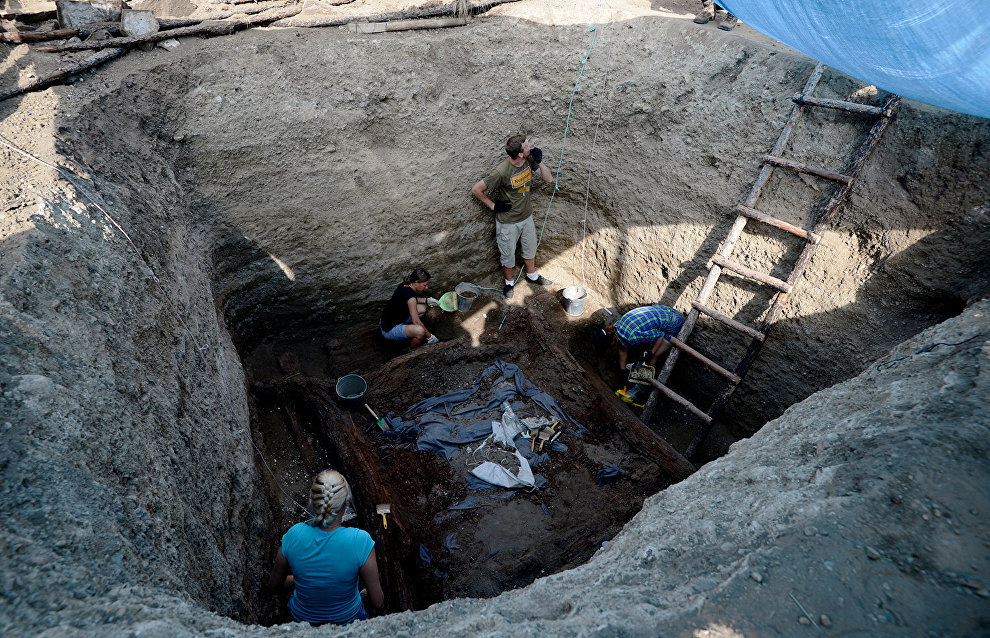 In July this year, Russian scientists will launch a study of an ancient settlement in the environs of Salekhard, where fragments of Bronze Age pottery have been found, the TASS news agency reports, citing the Scientific Center for Arctic Studies press service.

"In July of this year, a team led by Olga Tupakhina, PhD History, Senior Research Fellow at the Archeology Section, will study Salekhard-4, a settlement on the mouth of the Polui river within kilometers of the local capital. The scientists expect to discover numerous interesting archeological finds shedding light on the region's ancient history," the report says.

Dating back to the Bronze Age, the settlement was unearthed by Yamal archeologists in 2009.

"The fragments of Bronze Age and Middle Age pottery and one Bronze Age stone tool that were found here led the archeologists to believe that the site had been settled in different periods," a press-service spokesperson said.

According to TASS, another expedition led by Senior Research Fellow Andrei Plekhanov will excavate the Ngarka-Yedetayakha-1 site in the Yamal District of the Yamal-Nenets Autonomous Area.

The Scientific Center for Arctic Studies was established in 2010. Currently it includes sections for archeology, ethnology, socio-humanitarian studies, regional studies, geology and geography, medicine, the environment and biology.