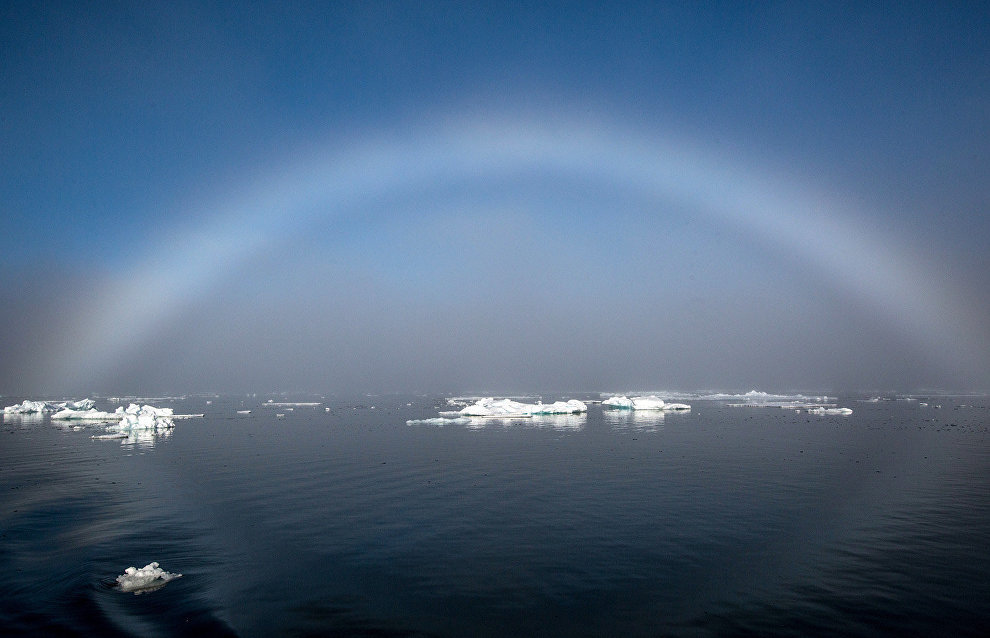 Scientists solve mystery of purple lights in the Arctic sky

Mysterious purple lights that could sometimes be seen in the sky above the polar regions of Canada in the last three years are the result of the Earth's magnetic field interacting with high energy particles deep in the planet's atmosphere, Phys.org reports.

"This is a light display that we can observe over thousands of kilometers from the ground. It corresponds to something happening way out in space. Gathering more data points on STEVE (Strong Thermal Emission Velocity Enhancement) will help us understand more about its behavior and its influence on space weather," said Liz MacDonald, a space scientist at NASA's Goddard Space Flight Center in Greenbelt, Maryland (US).

Polar lights are the result of the interaction between Earth's magnetic sphere and the solar wind: a stream of plasma and charged particles the Sun releases into space. These particles are drawn along magnetic field lines in the planet's magnetosphere and end near Earth's poles.

Thanks to the location of the field lines, charged particles that do not usually enter the atmosphere because of these lines, can penetrate it near the poles and then collide with nitrogen and oxygen molecules, thus producing lights called auroras.

According to MacDonald, in recent years the nonprofessional photographers who help NASA study auroras on Earth started talking about a new kind of light in the Arctic sky that was unlike the known aurora.

Mysterious purple lights and lines have been appearing over Canada and other Arctic regions since the summer of 2015. They illuminate the night sky for about 20-30 minutes and then disappear. In total, volunteers have managed to record over 30 cases of these lights, which attracted the attention of MacDonald and her colleagues at NASA.

Astrophysicists believe these lights appear when the Sun is sending a small surge of charged particles toward Earth. When these particles reach Earth, they collide with its magnetic field, and most of them produce the more common polar lights.

On the other hand, a small group of particles with enough charge go further and lower and interact with molecules in the lower atmosphere forming narrow nitrogen oxide ion beams. They emit red and purple lights instead of green and blue as pure oxygen and nitrogen ions do, thus explaining the unusual color of the purple lights over the Arctic.

NASA experts hope that further observations of these particle beams will help us understand how they appear and why they appear only together with an aurora borealis shining in the sky.