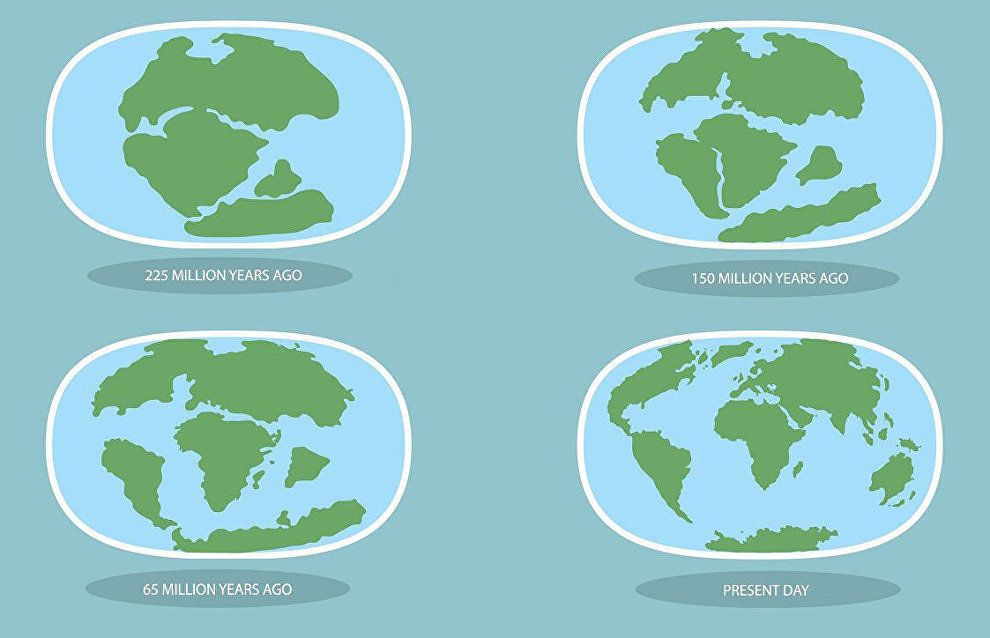 The circumpolar countries have differing opinions on the borders of the Polar Ocean shelf. Russia filed a claim with the UN Commission on the Limits of the Continental Shelf back in 2001. However, serious geophysical and geological research is required to prove which part of the Arctic sea bottom is an extension of the continent.

Russian scientists are currently researching this issue. Another stage of the research resulted in an article published in Geotectonics, which describes the results of modeling the evolutionary periods of the Arctic region since the late Cretaceous until today (the last 100 million years) based on the modern concept of tectonic plates.

The geodynamic model was created by researchers at the Shirshov Oceanology Institute of the Russian Academy of Sciences and the Moscow Institute of Physics and Technology. The data they gathered show that the lithosphere of the Arctic region extended horizontally, which resulted in major tectonic structures such as underwater ridges and the valleys that separate them. The model explains this extension with convection: heat transfer of the upper mantle due to the submersion of the Pacific Ocean lithosphere in the Kuril-Kamchatka, Aleutian and Japanese subduction zones.

"The model explains the spread of the Eurasian lithosphere over the last 60 million years, the Lomonosov Ridge splitting and moving away from the edge of the Barents Sea, the expansion of the lithosphere in the Makarov and Podvodnikov basins, the magmatism in the Alpha Ridge and other tectonic specifications in the Polar Ocean floor," explained one of the co-authors, academician Leopold Lobkovsky, deputy director for science at the Shirshov Oceanology Institute.

The model is based on the seismic tomography data from sounding the Earth's crust and mantle using seismic waves created during earthquakes. The results are evident in the subduction zones of the transitional region from the Pacific Ocean to Asia, the western part of the Pacific tectonic plate is immersed to a depth of over 500 km, then it flattens and moves further horizontally along the boundary between the upper and lower mantle.

This evolutionary model not only explains processes in the Arctic but also in the adjoining parts of northeast Asia, such as the origins of the Lake Baikal rift zone and the continental migration towards the Kuril-Kamchatka and Japanese island arcs.

However, the main thing is that the major geological structures in the Arctic basin (the Lomonosov Ridge, the Mendeleyev Ridge, the Chukotka Plateau as well as the Podvodnikov Basin and the North Chukotka Trough that separate them) were originally a single consolidated block of the continental crust: a natural extension of the Russian continental edge. In fact, this provides the scientific grounds for Russia's claim with the UN Commission on the Limits of the Arctic Continental Shelf.

According to the UN Convention on the Law of the Sea, in order to extend its boundaries on the shelf, a country must prove the continental nature of the adjoining geological structures on the seafloor. Denmark and Canada have also filed claims to extend their borders of the Arctic continental shelf.