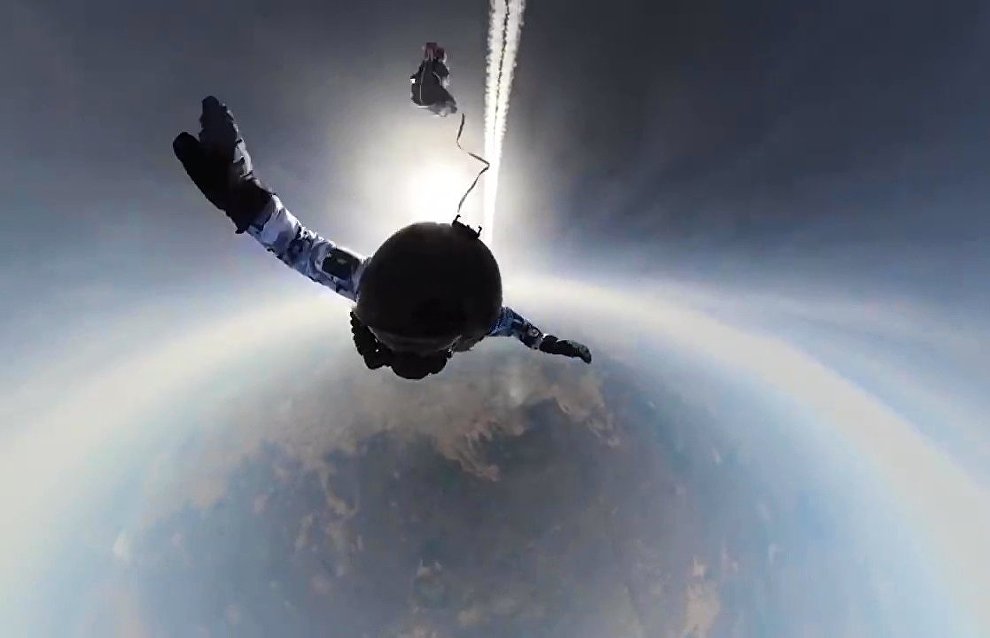 Russian paratroopers have become the first to parachute from a height of 10 km in the Arctic. The jump was made from an Ilyushin Il-76 aircraft near the Franz Josef Land Archipelago.

According to the press service of the Defense Ministry, high-altitude landing equipment was tested during the maneuver, including new-generation special-purpose parachute systems, individual parachutist oxygen equipment, navigation equipment, and special gear for extreme Arctic conditions.

"Of course, up until recently, ways to perform such a task were under-researched. In order to perform a high-altitude jump, the military transport aviation crew carried out the appropriate training at permanent bases. Previously, the crew performed flights at an altitude of 10,000 meters in the corresponding modes," said Lieutenant General Vladimir Benediktov, commander of the military transport aviation.

Benediktov also noted that during the training the paratroopers studied how the aircraft behaved and could be flown and how the aviation equipment and power units worked, because flying in the mode necessary for airdropping has a lot of specifics. Moreover, high-altitude jumps in Arctic latitudes are even more difficult for the crew and the navigator service, because the flight was performed over featureless terrain without ground-based navigation.

"At the same time, it was necessary to maintain all the parameters of the flight and reach the airdrop zone exactly when scheduled taking into consideration the changeable, unstable weather and wind," Benediktov added.