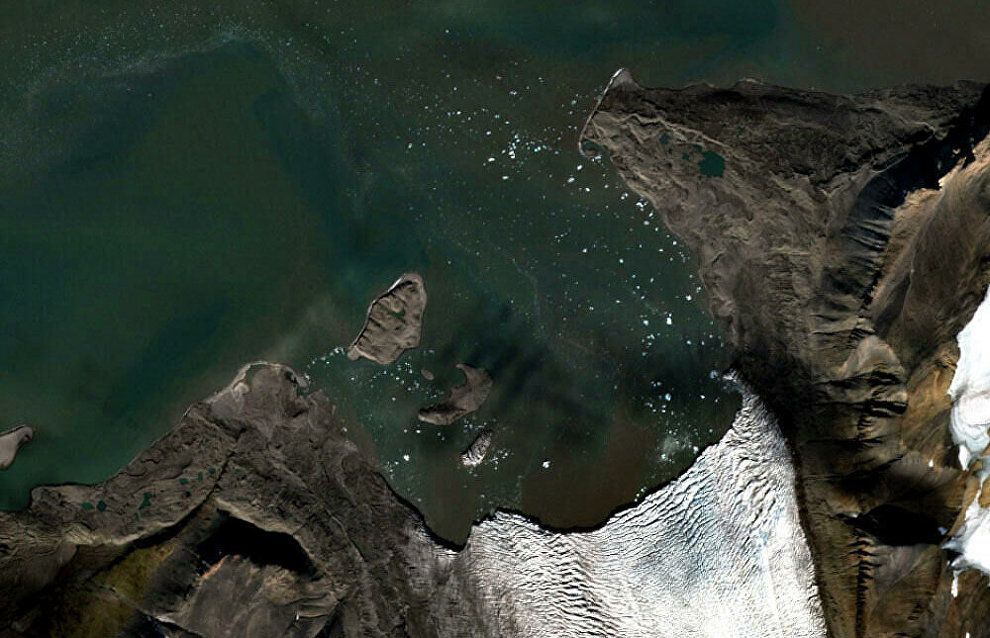 Arctic island discovered by youngsters to be put on maps

Eight Russian schoolchildren have discovered an island in Vilkitsky Bay near the Novaya Zemlya Archipelago's Severny Island. The geographical discovery was made remotely: the young people noticed the new island as they were processing satellite images. Last July, when the ice connecting Severny Island to a retreating glacier collapsed, it was revealed that a piece of land earlier thought to be a cape is a separate island.

The new island has the dimensions of 410 m by 200 m and an area of 5.6 ha. It is 27 m high. A Northern Fleet expedition that recently passed through Vilkitsky Bay near the western shore of Severny Island already confirmed that the island does really exist.

"It is not a secret that the Arctic is becoming warmer, glaciers are retreating and land is being exposed where ice once used to be. The youngsters did discover an actual island, even if small, that must be put on navigation maps. Without a doubt, it is an important geographical discovery," the Press Service of the Russian Geographical Society reported citing Chief of Staff of the Northern Fleet, Colonel Sergei Churkin.

The young discoverers represent several Russian regions and are members of the RiskSat project group specializing in Earth remote sensing research and training. The young people dedicated their discovery to the memory of pilot and cosmonaut German Titov who would have turned 85 this year.

Similar discoveries were made by schoolchildren in the past thanks to satellite image research. For example, in 2016 youngsters discovered an island by the Wiese Glacier and in 2017, by the Vilkitsky Yuzhny Glacier. Both are located near Novaya Zemlya. In 2019, young scientists spotted a new island in the Severnaya Zemlya Archipelago.