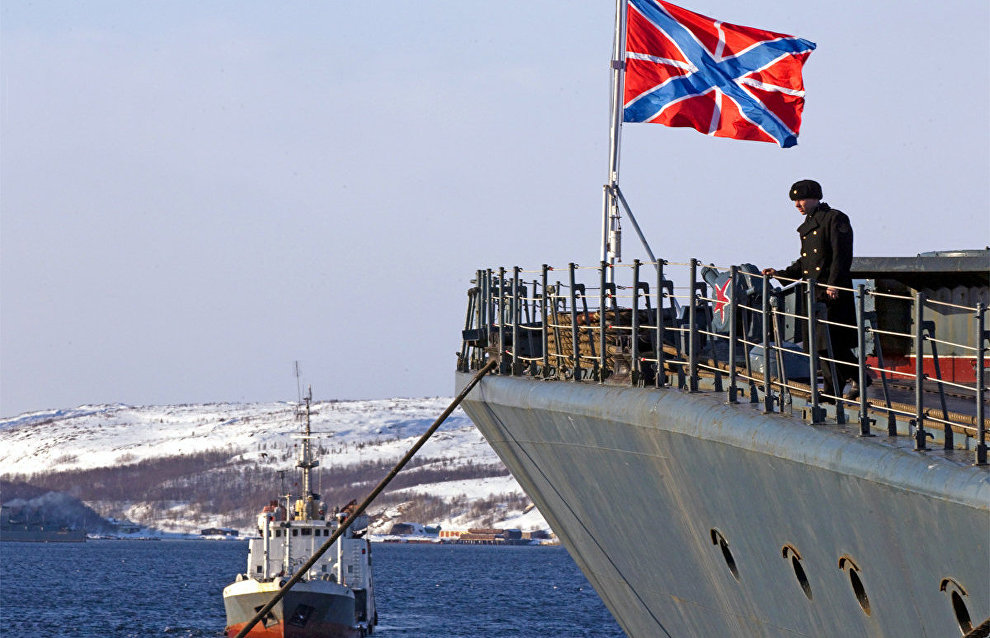 The Russian Navy has completed a ten-year research project in the Arctic Ocean and its outlying seas conducted to determine and specify the baselines of Arctic islands.

“In 2021, our ten-year work ended with the signing of the Russian Government resolution approving a list of geographical coordinates of points determining the Russian Federation’s maritime border,” Vice Admiral Vladimir Kasatonov told delegates of the 11th Arctic: Today and the Future International Forum.

The Russian Navy is currently editing the state high-seas navigation charts and maps showing the borders of the Russian Federation’s territorial seas and the baselines in the Arctic Ocean.

The Vice Admiral also said that as a result of the Russian Navy’s Arctic research, over 40 new geographical objects were discovered and described.

“The Navy organized systematic works to specify the shoreline of the new geographical objects discovered in the Franz Josef Land and Novaya Zemlya archipelagos. In 2013-2019, the Navy conducted Arctic expeditions, including special studies, which led to the discovery of over 40 new geographical objects, including 14 islands and four islets, 15 capes, three straits and five harbors,” he said.

According to Vice Admiral Kasatonov, some geographical objects in the Franz Josef Land and Novaya Zemlya archipelagos have already been named after prominent hydrographers.

“While researching the Arctic zone’s seas, specialists of the Russian Navy’s hydrographic services annually conduct measuring and sounding projects, as well as gravimetric surveying works, over a distance of 20,000 line kilometers. They also conduct research on standard hydrological sections and topographic and geodetic works to specify the coastal shoreline,” he added.