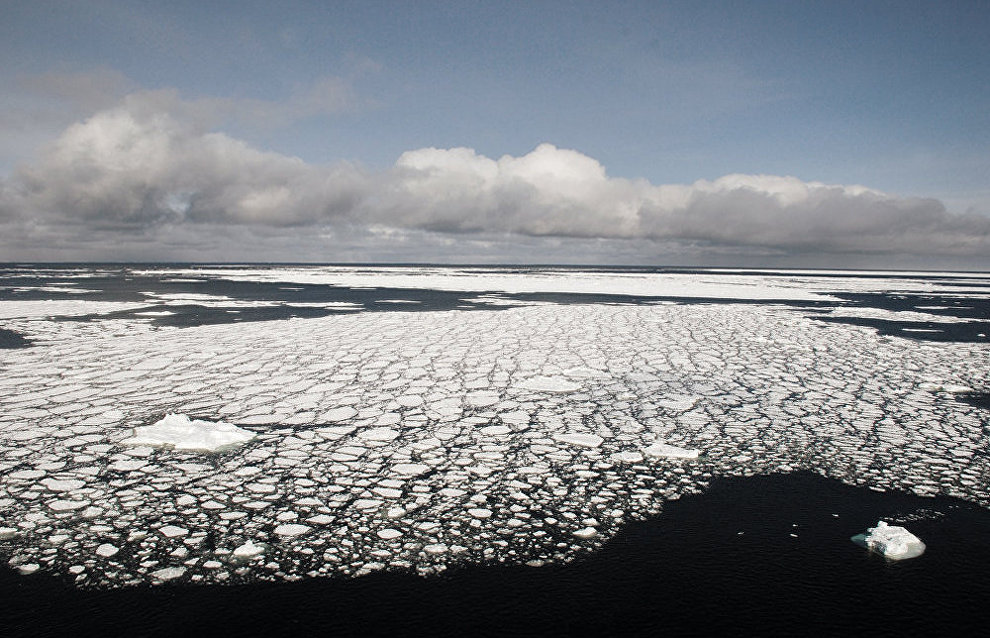 The southern boundary of the Arctic ice tip moved 850 km to the north during the summers over the last 35 years. This change is warming the waters in the upper levels of the sea and intensifies the energy exchange with the atmosphere.

“During the summer, the southern reach of the ice cap is moving north by a substantial amount. In the Kara Sea, it is about 850 km further north than in the 1980s. This is more than the distance between Moscow and St Petersburg. A huge new marine area opens up each summer,” said Academician Mikhail Flint, head of the Ocean Ecology Department at the RAS Shirshov Institute of Oceanology.

He also noted that these changes promote the warming of the upper layers of the sea and intensify the energy exchange between the atmosphere and the water.

“In terms of climate, vast expanses of ice are lasting only a year. This influences the processes of interaction between the atmosphere, the ice, and the ocean and changes the processes that determine the thickness of the ice. It is more difficult to assess the impact of this phenomenon on the biological creatures in the sea where the ice has receded. We need to monitor it continuously for a long time,” Flint said.

Ambient temperatures in the Arctic are increasing several times faster than the planet’s average. This polar amplification effect does not yet have an adequate explanation. A number of scientists believe the Barents Sea will become the first Arctic waters to become ice-free year round.