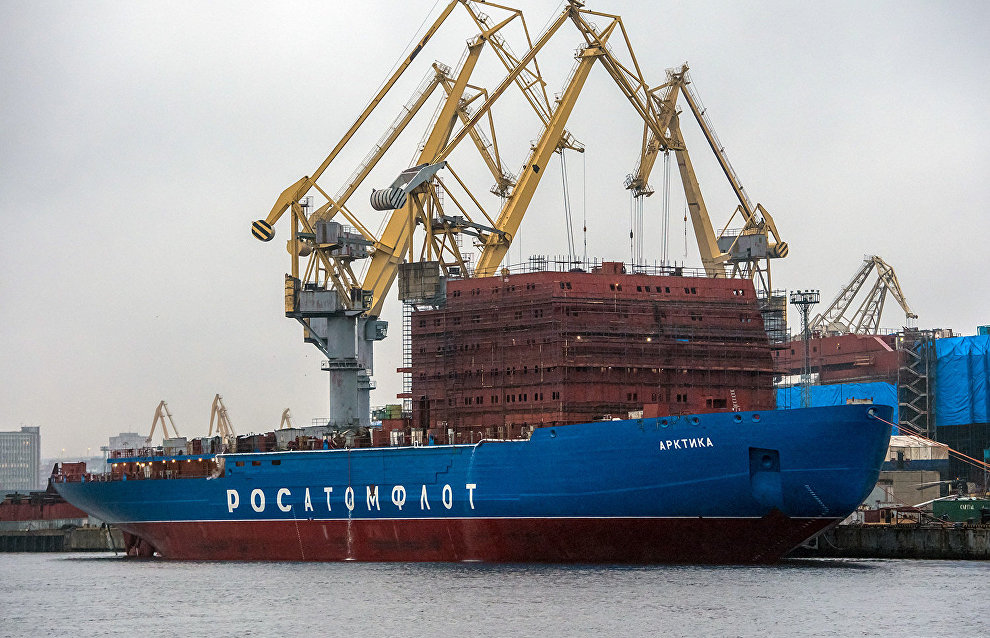 The Rosatom state corporation may soon be chosen as the operator of the Northern Sea Route, Deputy Prime Minister Dmitry Rogozin said during the 7th Arctic: Today and the Future International Forum in St. Petersburg.

"The government has issued a proposal to the president to make Rosatom the operator. It will require a very serious internal restructuring and the creation of a new division. I think it will be done soon," Rogozin said.

At the moment, about 40 organizations and agencies are engaged in operating the Northern Sea Route, so the government needs to pick one operator that will have all the necessary functions. Three options were discussed. The first was to give the authority to an existing agency, but the Ministry of Natural Resources and Environment, the Ministry of Transport and the Ministry of Energy currently have some of the powers to operate the route. "It was clear that one agency would not be able to cope," Rogozin said.

"As a result, we agreed that we need to pick an existing and successful organization which already is charged with most issues related to the Arctic," Rogozin explained.

Rosatom is currently involved in the construction of nuclear-powered icebreakers, alternative energy sources and security in the Arctic together with the Defense Ministry.

Rossiya Segodnya International Information Agency is the general media partner of the forum. The media group is the leader in terms of citation among Russian media outlets and is the largest Russian producer of information products oriented toward the international audience, the business community, state agencies and a wide base of other users. Rossiya Segodnya provides a range of information resources, including RIA Novosti, R-Sport, RIA Real Estate, RIA Rating, Prime and InoSMI.