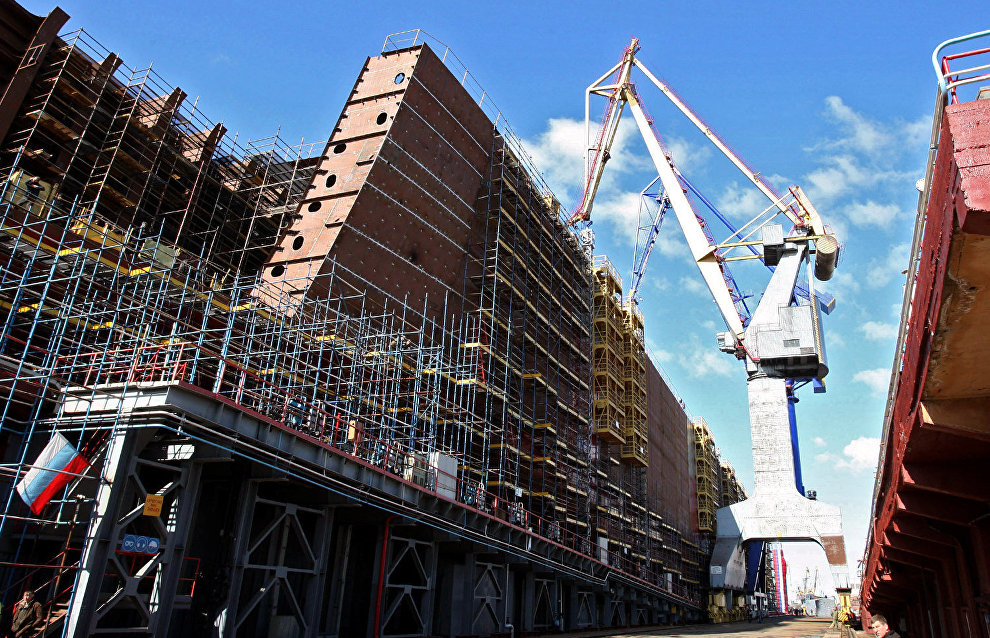 The Baltic Shipyard in St. Petersburg (Joint Shipbuilding Corporation) held a keel-laying ceremony for the nuclear icebreaker Yakutia, the fourth one all in all and the third one of Project 22220.

The name of the new vessel comes from the Atomflot tradition of naming its icebreakers after Northern Sea Route toponyms or after decommissioned legendary Arktika-class icebreakers. However, the nuclear-powered icebreaker was for the first time named after a large region of Russia — Yakutia. Earlier, domestically-produced nuclear icebreakers took the name of their country — the Soviet Union or Russia, and their major areas, such as the Arctic, the Urals and Siberia, the Taimyr and Yamal northern peninsulas and Vaygach Island. In addition, some nuclear icebreakers immortalized government leaders: the first nuclear icebreaker was called the Lenin, and in 1982-1986, Soviet Arktika-class icebreaker went by the Leonid Brezhnev. The Russian nuclear-powered fleet also includes the icebreaker 50 Let Pobedy.

The Yakutia will be equipped with a two-reactor propulsion unit, with the main steam source coming from the next-generation reactor system RITM-200 that has a capacity of 175 МWt, specially developed for the vessel. The future icebreaker will have a shaft power of 60 MWt, speed of 22 knots (in open water), length of 173.3 m (waterline length is 160 m), width of 34 m (waterline width is 33 m), height of 52 m, draft of 10.5 m/8.65 m, maximum icebreaking capability of 2.8 m, full displacement of 33,540 metric tons, and service life of 40 years.

The icebreaker's technical project was designed by the Iceberg Design Bureau in 2009. Its dual draft design will allow it to sail in the Arctic waters as well as in the polar rivers' estuaries. The icebreaker will operate in the western part of the Arctic: the Barents, Pechora and Kara seas and in more shallow areas of the Yenisei estuary and the Gulf of Ob.