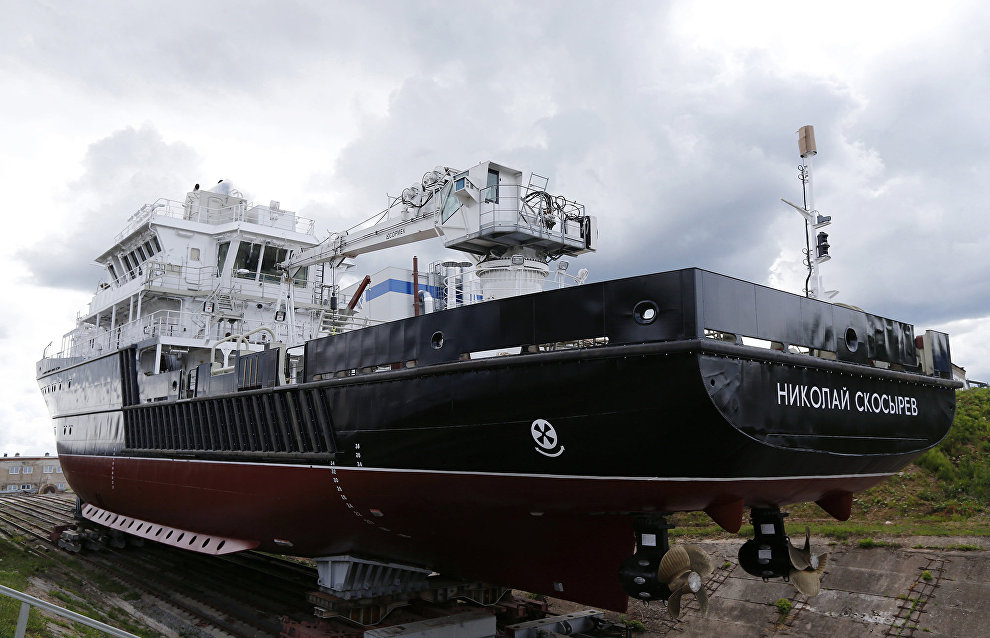 The flag-raising ceremony on the Nikolai Skosyrev, a new small ship of the Northern Fleet, will take place at the end of June. The ship is designed to carry out hydrographic research and pilot operations in the near and middle-distance waters of the Arctic region. It will operate in the Barents Sea.

The Nikolai Skosyrev was built at the Vympel Shipyard in Rybinsk. It has a displacement of about 1,000 metric tons and an ice-class hull which allows for sailing in broken ice up to 80 centimeters thick. The ship's sea endurance ranges between 15 and 25 days, and its cruising radius is about 2,000 miles.