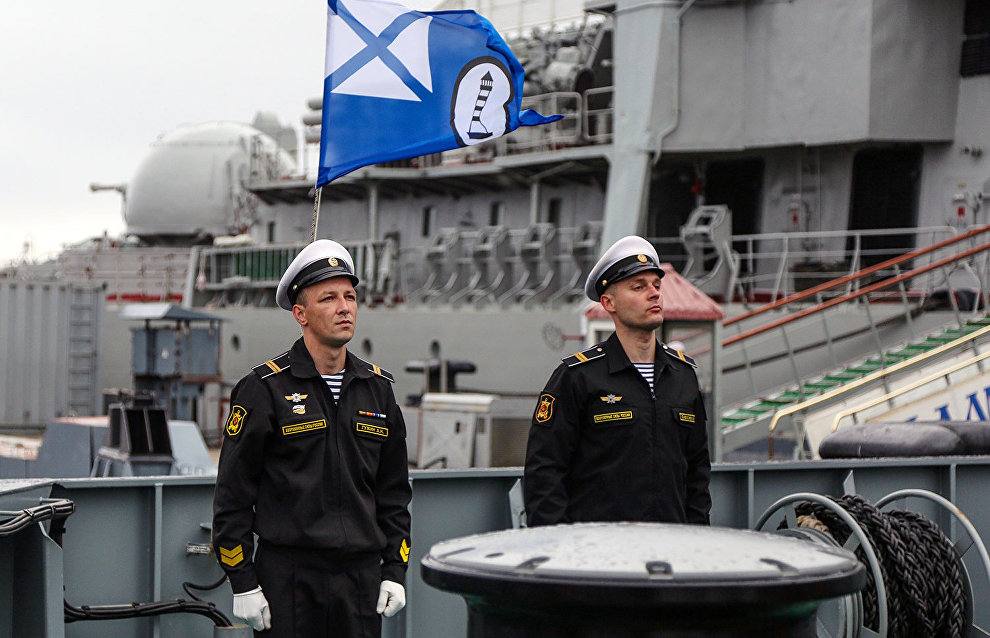 Vice Admiral and Hero of Russia Alexander Moiseyev, Commander of the Northern Fleet, supervised the ceremony. Admiral Moiseyev congratulated the ship's crew on the landmark event and expressed hope that they would make a worthy contribution to exploring and developing the Arctic.

According to the Northern Fleet press service, the new small hydrographic surveying ship was built at the Vympel Shipbuilding Plant in Rybinsk. The vessel can operate in coastal and medium-range Arctic sectors and conduct hydrographic research projects, also compiling navigational charts and directions. It displaces about 1,000 metric tons and has an ice-resistant hull. The ship has an endurance of 15-25 days and a range of 2,000 nautical miles.

This is the first relatively large Russian-made vessel to join the Northern Fleet's Hydrographic Service in the new millennium.