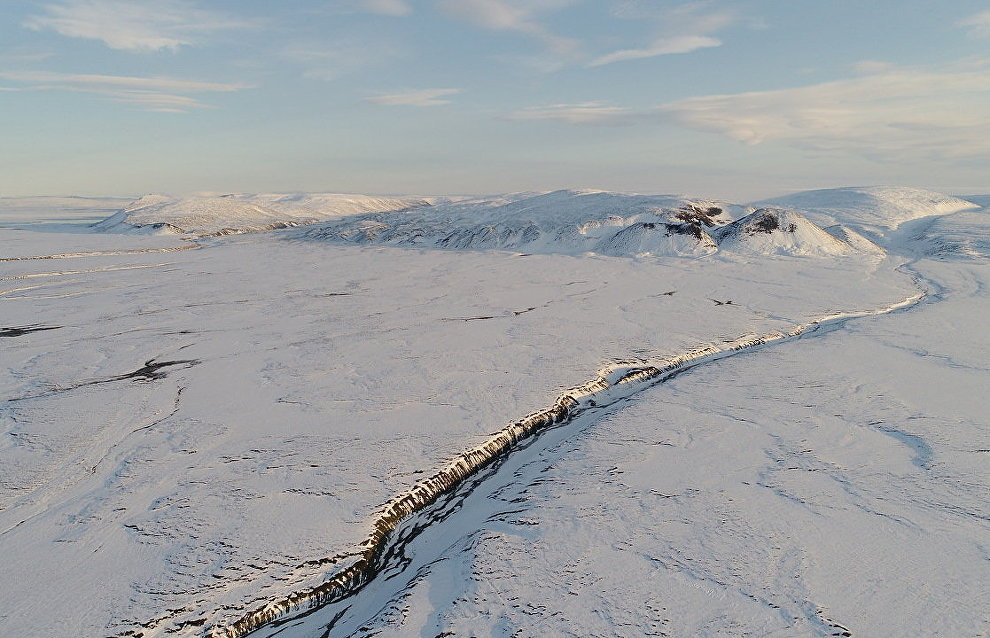 New ionosphere sounding equipment to be installed in the Arctic

A computer appliance for continuous radio sounding of the ionosphere will be delivered to the Cape Baranov Ice Base of the Arctic and Antarctic Research Institute (AARI, St. Petersburg) on Bolshevik Island in the Severnaya Zemlya Archipelago.

According to the AARI press service, the new equipment will transmit ionospheric data collected over the northern seas. Russia's ionosphere sounding system was established eight years ago and currently comprises 130 stations around the country.

"The new radio sounding station at the Cape Baranov Ice Base will expand the capability of the AARI sounding network in the Arctic and will transmit new information about the parameters of the ionosphere, the solar-terrestrial relationship and the auroral zone," the press release says.

The current stations in the Russian Arctic include the Cape Baranov Ice Base with a staff of 20, and the Russian Research Center on Spitsbergen with 10 researchers.

The ionosphere is the ionized part of the Earth's upper atmosphere. The ionosphere is ionized by solar radiation (the level of ionization is substantial already in the innermost layer at 60 km above the surface of the Earth). The study of the ionosphere has practical importance, because processes underway there influence radio propagation and the functioning of navigation, communication and radio positioning systems.