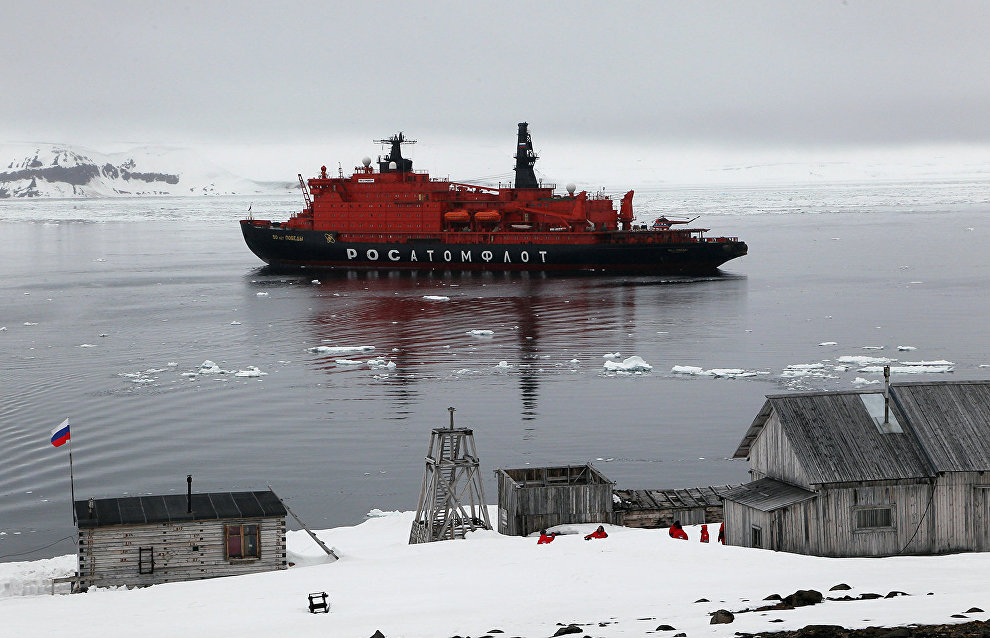 Icebreakers may be allowed to cross the border without customs clearance

The Federal Security Service proposed allowing icebreakers to leave Russian ports in the Arctic for commercial navigation in the Arctic Ocean and adjacent seas, and to arrive in Russian ports without customs clearance. The relevant draft document has been published for public discussion on the laws and regulations website.

The draft specifies that at present Russian icebreakers conduct scientific expeditions in the Arctic Ocean beyond the limits of Russia's exclusive economic zone and continental shelf, as well as cruises in the Russian Arctic National Park basin and to the North Pole. "In these cases they are not legally entitled to cross the state border repeatedly without border and customs clearance or other control procedures," the report reads. Amendments to the government's relevant resolution may help simplify the problem.

The discussion will last until September 21. It is expected to pass and to come into force in January 2021.