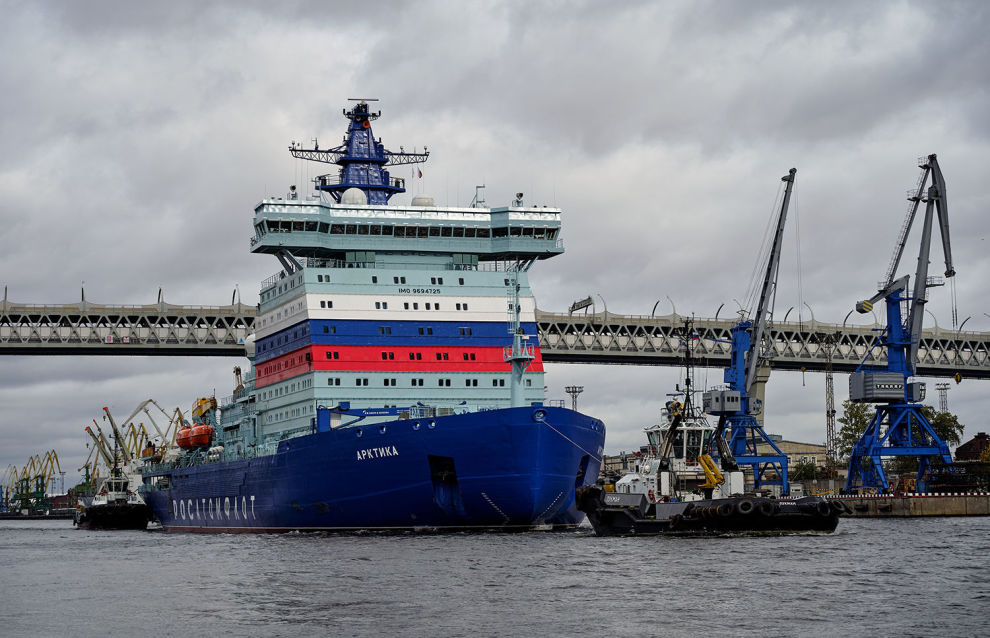 The lead universal nuclear icebreaker Arktika reached the geographic North Pole on October 3 at 6 pm Moscow time during systems and equipment testing in ice conditions. On its way to the North Pole, it smashed through ice up to three meters thick.

“Under these heavy ice conditions, the ship confirmed the validity of the specifications for the project. The nuclear power unit worked flawlessly,” said Oleg Shchapin, captain of the icebreaker’s trial crew.

The crew continues to test the vessel in ice conditions. In particular, all systems of the icebreaker are being tested in various modes. The ship will return to Murmansk soon where the acceptance certificate will be signed.

The lead universal nuclear icebreaker Arktika, Project 22220, sailed to its home port of Murmansk from the outfitting dock at the Baltic Shipyard in St. Petersburg on September 22.

This is the world’s largest and most powerful icebreaker designed to independently pilot ships, including large-tonnage ships, and to lead convoys in the western region of the Arctic. Its double-draft design allows the icebreaker to be used both in Arctic waters and in the mouths of polar rivers, in particular, in the shallow areas of the Yenisei River (towards Dudinka) and the Ob Bay.