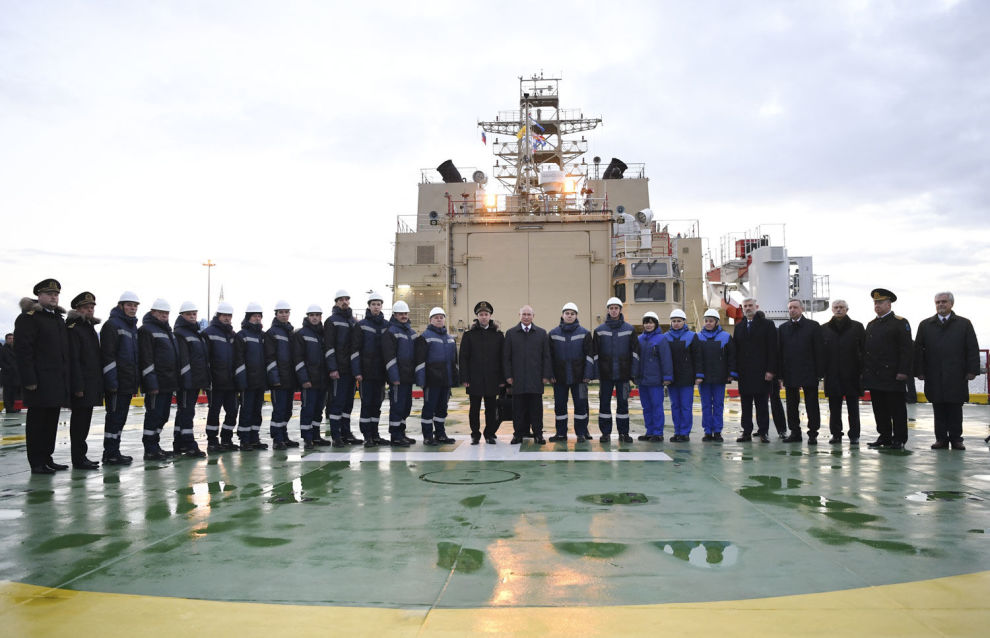 The new vessel is the world’s largest and most powerful non-nuclear icebreaker. The Viktor Chernomyrdin has been built for studying and developing the Arctic and for transporting and supplying Antarctic research expeditions. The icebreaker can tow other vessels, take part in rescue and underwater operations, put out fires, and contain oil spills.

The icebreaker Viktor Chernomyrdin is 142 meters long and has a beam of 29 meters. It displaces 22,258 metric tons and can plow through two-meter-thick ice. Its rated capacity is 25 megawatt, and the ship can develop a speed of 17 knots. The icebreaker has an endurance of 60 days and a complement of 38.

It was built at the Admiralty Shipyard under a 2011 contract, and construction began in 2012. Earlier plans had the icebreaker launching in 2014, but construction was delayed. The vessel was only launched in 2016.

Fire gutted the icebreaker two years ago, damaging its third and fourth decks. Repeat mooring tests got underway after repairs were completed, followed by trial runs in 2019. The icebreaker’s official acceptance document was signed in September 2020.

During the event, Vladimir Putin noted that Russia was now developing new series of unique diesel and nuclear icebreakers.

“Work is already underway on several series of diesel and nuclear-powered icebreakers, which are unmatched in the world. The future belongs to them, and I am confident that our talented shipbuilders are ready for pioneering work, for finding and implementing daring technical solutions,” Vladimir Putin said at the flag-raising ceremony.