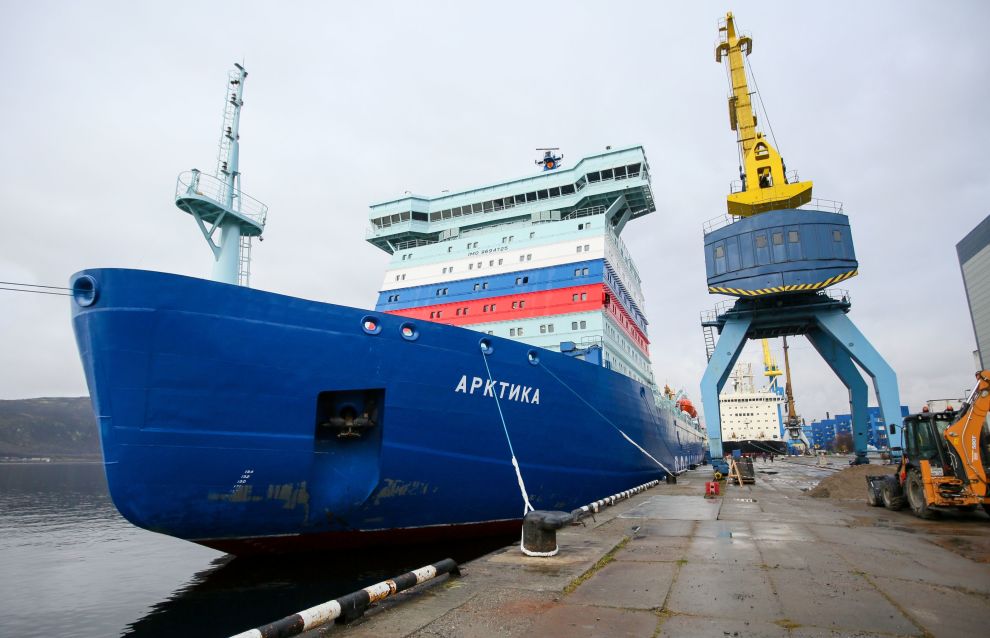 The multirole nuclear icebreaker Arktika, the lead ship in the series, set sail from the Murmansk seaport and headed for the Kara Sea via the Northern Sea Route. This is its first voyage, expected to last until mid-December.

The press service of the nuclear icebreaker fleet operator, Atomflot, quotes Leonid Irlits, First Deputy Atomflot General Director for Shipping, as saying: “The first voyage is a special event for the entire crew and our company. The nuclear icebreaker Arktika is ready to escort convoys via the entire Northern Sea Route. Its first voyage will last three weeks. Sea-ice formations are quickly accumulating in the Arctic, and we are now able to give the icebreaker a trial run. This is a routine process after each vessel enters into service.” Atomflot is affiliated with State Atomic Energy Corporation Rosatom.

According to the press service, the icebreaker will return to Murmansk after the voyage, resupply and head for the Northern Sea Route once again. The ship will spend the winter-spring navigation season in the Arctic.

The Project 22220 icebreaker Arktika, the most powerful in the world, officially entered into service with the Russian atomic fleet on October 21, 2020.