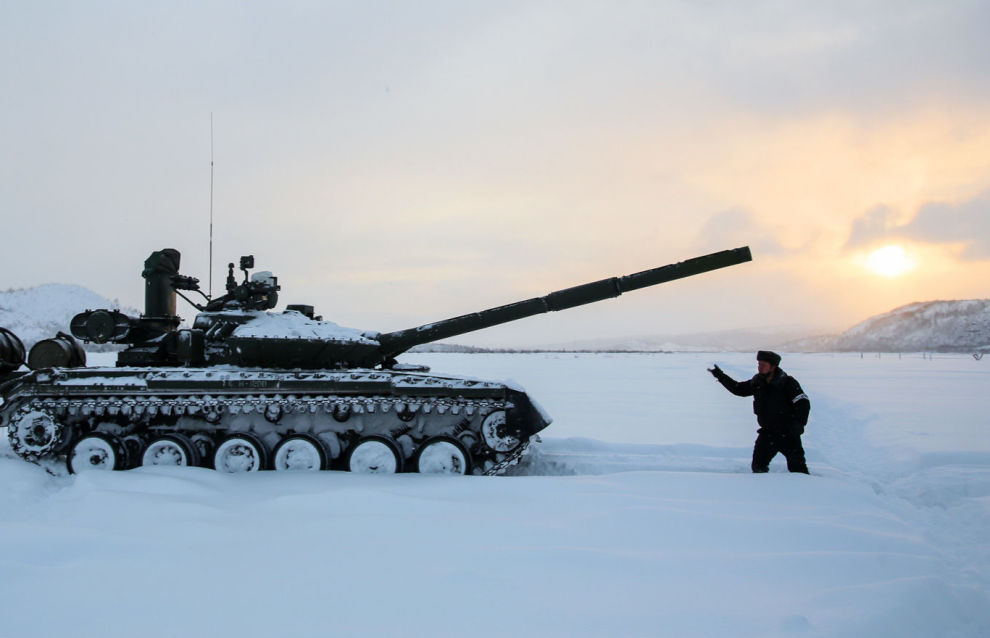 About 10 Arctic T-80BVM tanks and more than 80 personnel took part in test firing at the range in the Pechengsky District of the Murmansk Region.

Each crew fired three times with standard projectiles at emerging and moving targets from a 125-mm tank gun. The shooting was carried out on the move at targets located at a distance of 2,000 meters. Special focus was placed on the coordination of the crew.

The T-80BVM tank is named “Arctic” because it has a gas turbine engine adapted to operate in the Extreme North and the Arctic. It also has state-of-the-art weapons. The tank battalion of a separate motorized rifle brigade of the Northern Navy was completely re-equipped with these vehicles in 2019.