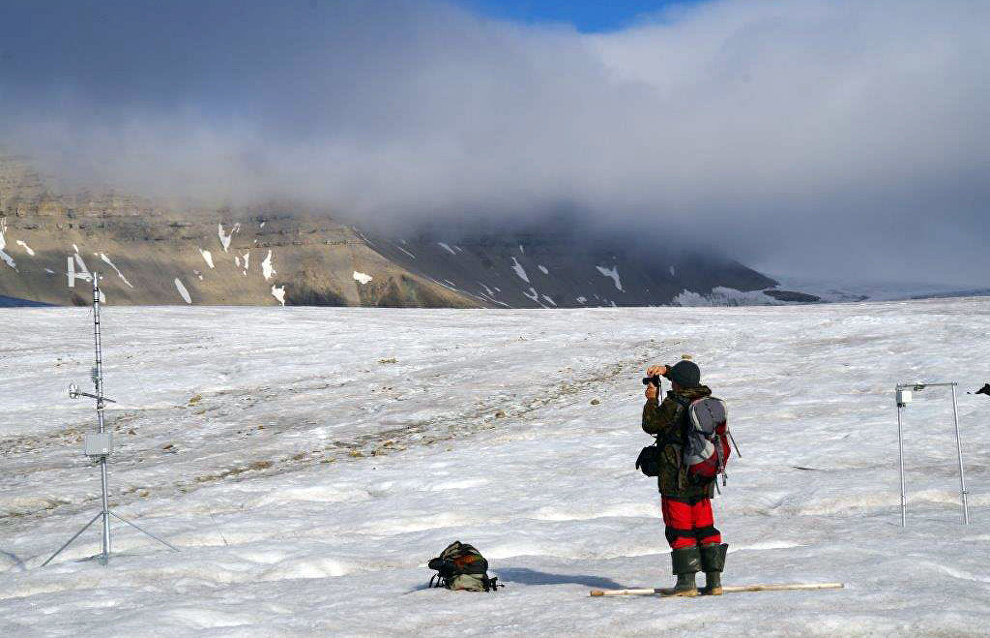 A prototype of a Russian-made universal meteorological station for monitoring the climate in the Arctic has successfully passed field testing. The work was conducted throughout the year in the Extreme North in the Tomsk Region. The next stage is the development of technology for their industrial production.

In 2018, scientists of the Institute of Monitoring of Climatic and Ecological Systems of the Siberian Branch of the Russian Academy of Sciences together with Sibanalitpribor started designing the first Russian meteorological station which would be able to measure wind speed and direction, air temperature and humidity, atmospheric pressure, as well as intensity, amount, types of precipitation, solar radiation intensity and snow depth using acoustical, optical and radiation methods in Arctic conditions. At the same time, unlike existing stations, this one must operate completely independent of humans for a year, use solar energy to charge its batteries and maintain protection against Arctic animals. The prototype was ready in 2020, after which field testing began.

“A year ago field testing of the prototype began at our institute. The tests are now over, we have positive results and protocols. The prototype has confirmed all the specifications that we had outlined. We have received information about defects,” said Vladimir Korolkov, deputy director of the Institute of Monitoring of Climatic and Ecological Systems of the Siberian Branch of the Russian Academy of Sciences.

Korolkov explained that scientists were now getting ready to start the next stage of work: development of a commercial prototype and technology for industrial production of the station. Talks are underway with potential investors, funds are being raised to enter the market.

Previously, Korolkov said people working at Russian meteorological stations still carried out all measurements by hand and sent this information to processing centers every three hours. It is unprofitable to purchase foreign unmanned meteorological stations due to their high cost. They also require expensive maintenance, have limited functionality and are not protected from animals.

In addition, the ceremony to launch a new modular office and residential building and diesel room was held at the Malye Karmakuly upper-air station of Roshydromet’s Northern Office of Hydrometeorology and Environmental Monitoring, Novaya Zemlya Archipelago. It was built as part of the Environmental Protection state program and will start the upgrade and development of a hydrometeorological network for monitoring the environment in the Russian Arctic.

“The opening of new monitoring and information processing systems will make it possible to change the working and living conditions of workers, while reducing the station’s power consumption and financial costs,” the statement of the Russian Ministry of Natural Resources and Environment reads.

The new complex meets all the working and living requirements associated with the difficult conditions of the North. The module is a one-story building covering 268.88 square meters in total, combining work and living quarters. The office has a modular diesel power station. Equipment installed on the roof supports sea and meteorological monitoring. The living quarters have furnishings and kitchen equipment, as well as forced ventilation and water purification systems. All the advanced solutions of the new complex serve to improve the quality and quantity of hydrometeorological information, automate the collection and transmission of information, and create a new infrastructure for comfortable living and work at remote stations.

The unmanned meteorological station at the Malye Karmakuly upper-air station has also been upgraded as part of the Upgrading and Technical Re-Equipment of Roshydromet Institutions and Organizations 2 project. Additional sensors were used to automate the monitoring of precipitation, meteorological visibility, duration of sunshine, and actinometric observations. A new atmospheric radiosonde base station, Polyus-M, has been built.