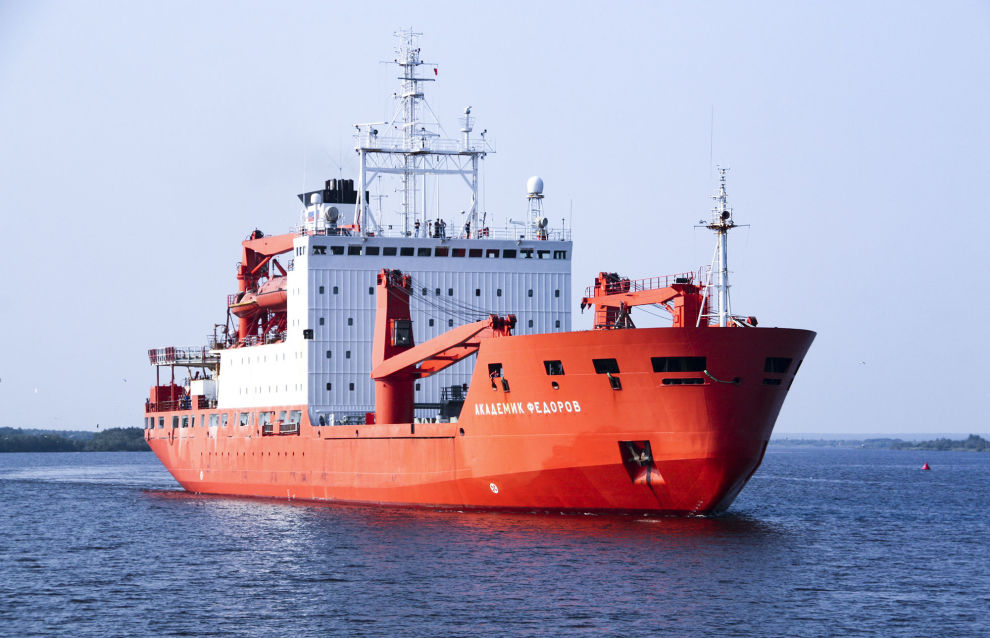 © Press-Service of Government of Arkhangelsk region

Russia will soon need to replace its research flagship, the Akademik Fyodorov, which is used to implement projects in remote areas of the Arctic and the Antarctic, Alexander Makarov, director of the Arctic and Antarctic Research Institute (AARI), said at the St. Petersburg International Economic Forum.

According to Alexander Makarov, the service life of the vessel, which is now over 30 years old, will last another 5 or 7 years. He noted that now is the time to begin designing a new flagship which will be able to carry out the tasks of Russian research programs in polar regions.

“In order to actively develop our Antarctic program, we need a new vessel, a new flagship. I hope that the government will support us and we will soon begin designing and constructing the new ship,” Makarov said.

During the event, Rosatom’s special representative for Arctic development, Vladimir Panov, told the audience about the joint investment in the development of the Arctic icebreaker fleet worth some 700 billion rubles.

“A decision was made to build six additional icebreakers. President Vladimir Putin supported the decision, and Prime Minister Mikhail Mishustin instructed the government to allocate 143 billion rubles to build two new nuclear icebreakers and a vessel to recharge the icebreakers’ reactors. Rosatom will finance the construction of four more icebreakers,” Panov said.

Another one of Rosatom’s ambitious projects in the Arctic is the creation of an international transit shipping line. According to Panov, plans call for building a terminal in Murmansk as part of this investment project.